You are here: Home / family / Dispatches from the bunker… just after the famous football game where you think it might turn out fine in the end

Well, happy new-year-new-you one and all. It’s still peachy here. You know why, don’t you? It’s because we’ve just been off for a few days of ‘sod it, it’s Christmas’ and the cold hard realities are just mustering themselves ready to pounce.

So to celebrate the fact that true hostilities haven’t yet resumed, it’s time for the festive photo selection. 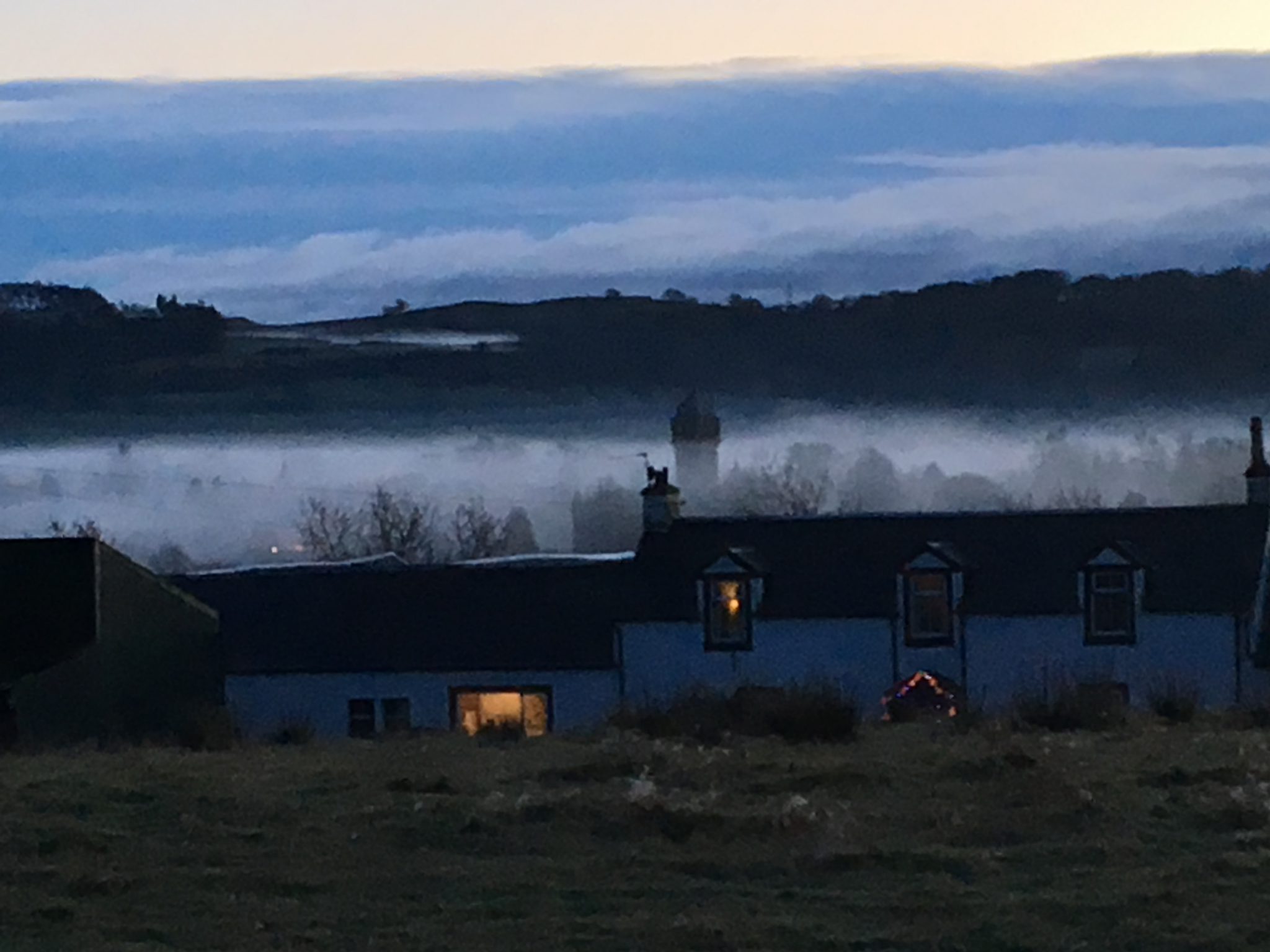 Boy Three and I went to the panto. Oh, no we didn’t! etc. We did. And the most remarkable thing about it was the mist in the valleys of Inverclyde and Renfrewshire. Like a fairy tale in the dusk on the way there and full of glowing lights on the way back. Luckily there were no doggers in the view-point car park when we paused to admire it. Sadly my phone wasn’t up to capturing it properly, but you get the gist. 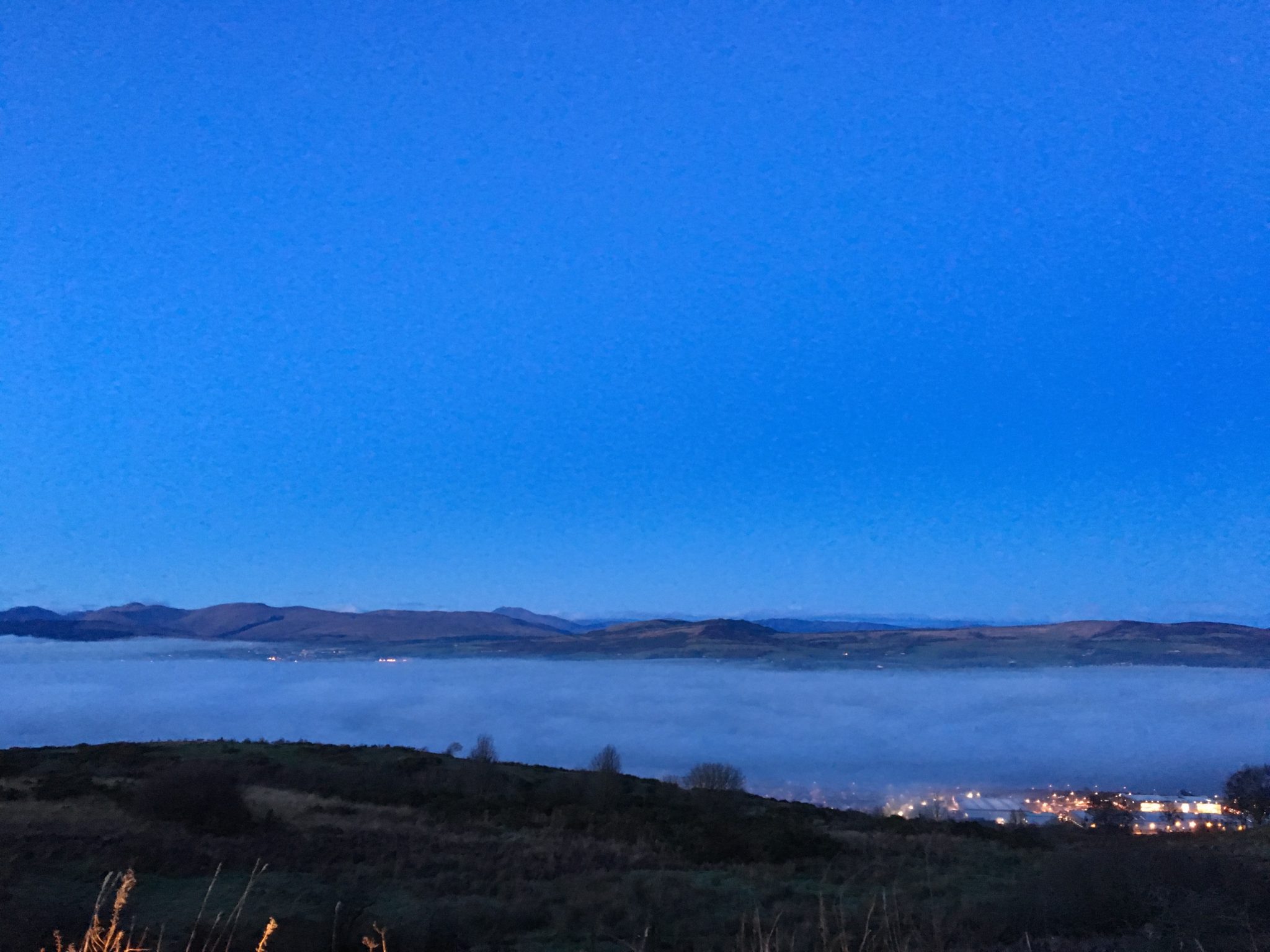 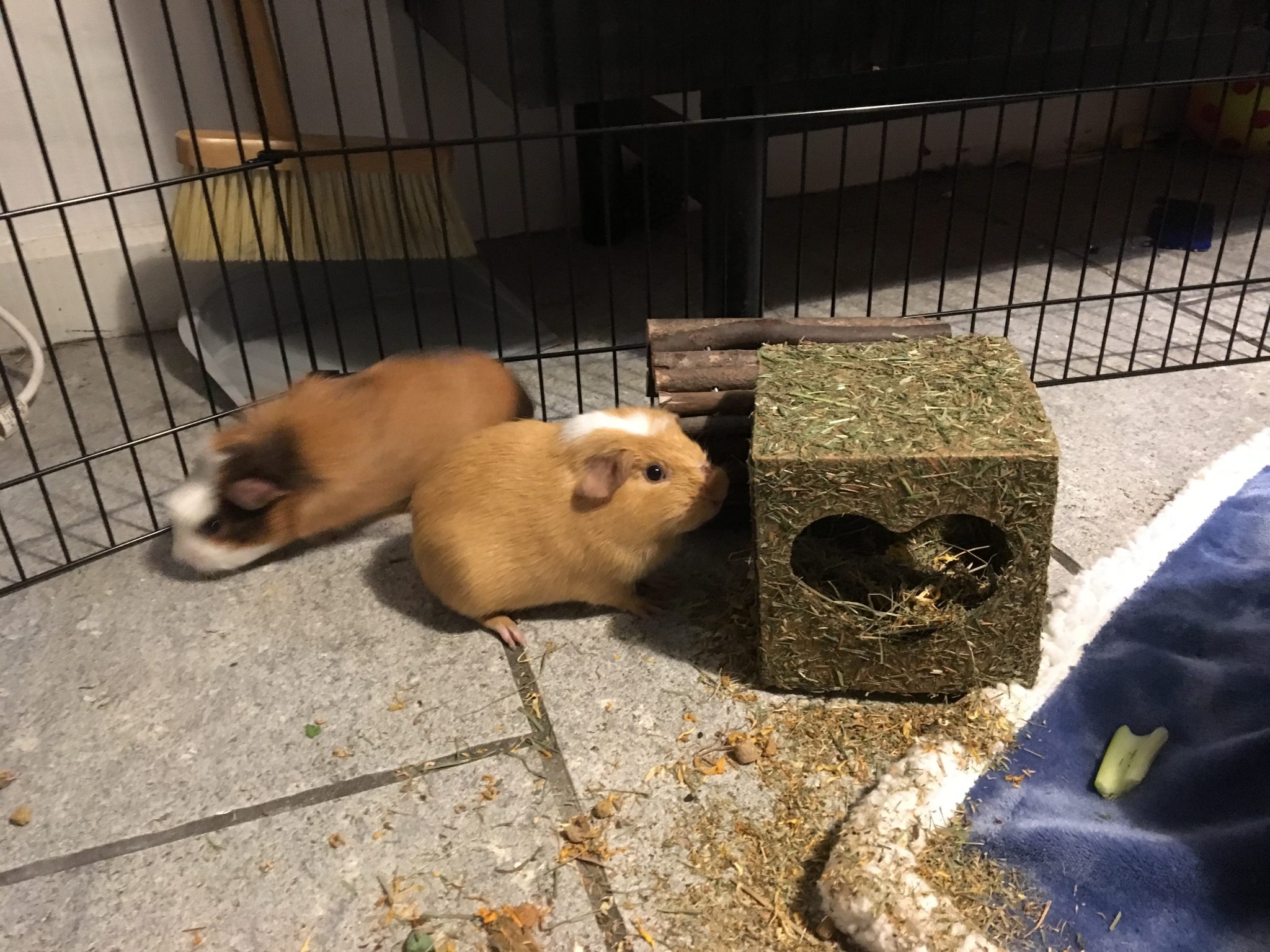 The festivities were largely dominated by the new additions to the family. Guinea Pig One and Guinea Pig Two. They now seem to have settled fairly well to their end of the kitchen and are going about the business of making sure that the whole house is liberally sprinkled with sawdust and straw. Still the cuteness is winning out.

One of them has a sore bit on her nose which means we have another new relationship in our lives – the local vet – and a new routine in our days – dosing the furry little gal (they are both gals LV confirmed, so that’s a good thing) with medicine morning and night. You’ll be delighted to know that she’s recovering. 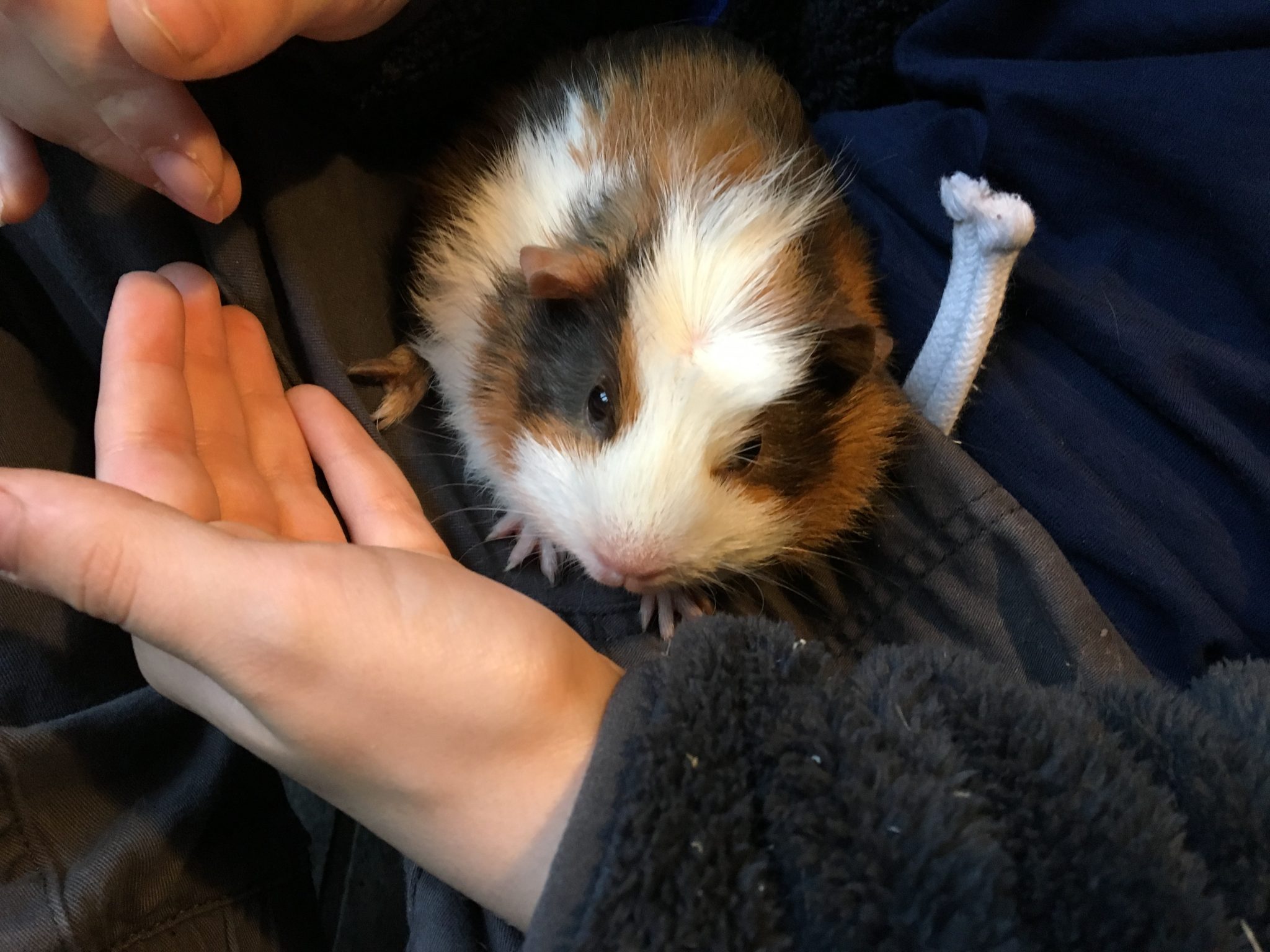 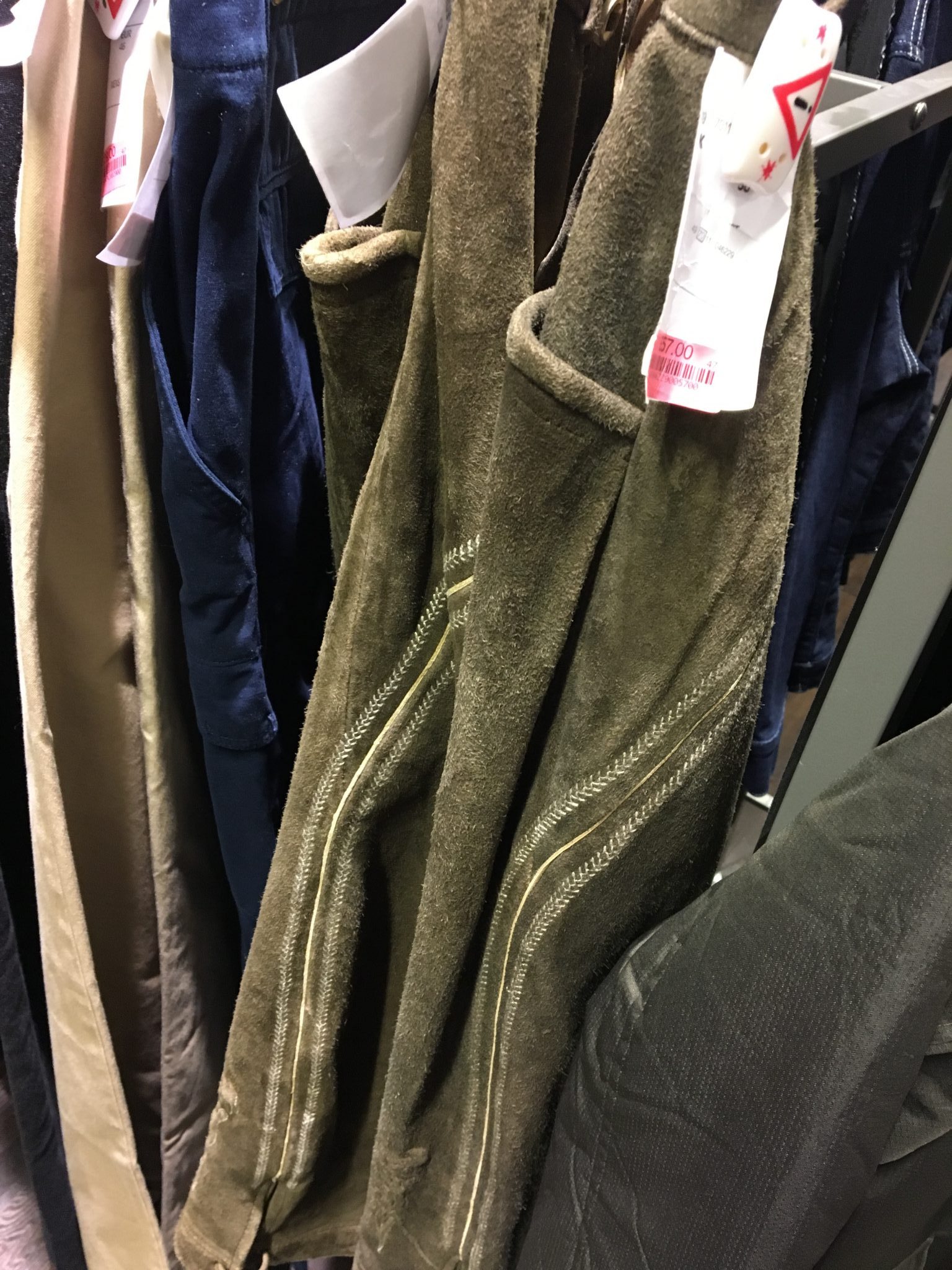 Boy One is back in the nest, happily conforming to student stereotype and arriving with loads of laundry and a look about him that makes me need to feed him healthy stuff. He was with me when we spotted these on the sale rack at TK Maxx in Port Glasgow. Lederhosen. Bargain lederhosen. I have to say the suede is buttery soft and they looked very comfy, but Boy One wasn’t to be persuaded. Now, tell me. Is lederhosen a trend that’s passed me by? 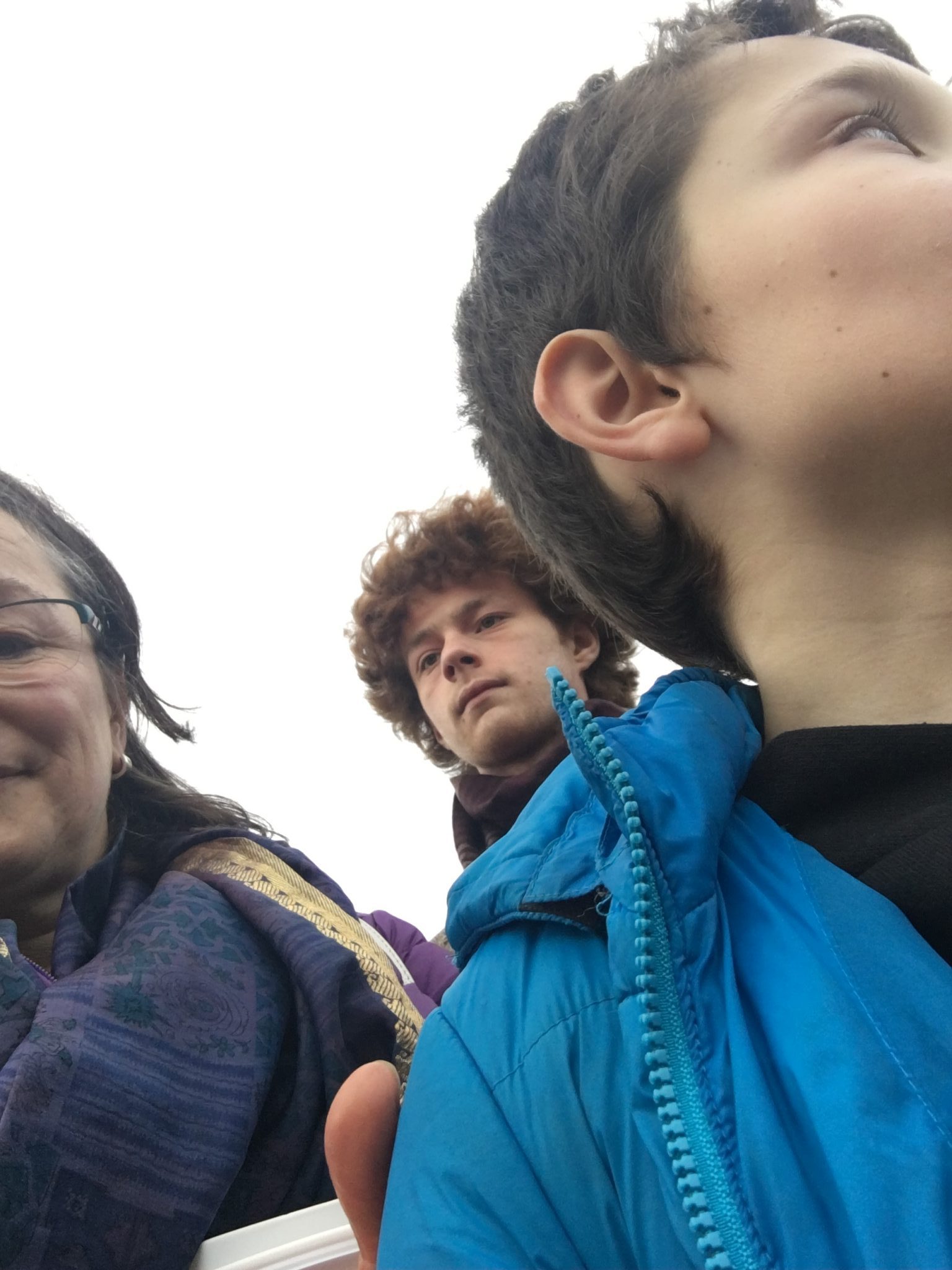 Then it was off to the zoo with Boys One and Three. I wanted to see the light show and the boys, kindly, supplied a way of me doing so without seeing too sad and lonely.

This was us waiting for the penguin parade. It was tense. Then we learned that the main volunteer for that day’s parade was Kevin the Penguin, however, this was a problem because KtP had form for ‘antisocial behaviour’ on previous parades and was banned. He even has a distinctive arm band (wing band, surely?) in order that the staff could spot him when he tried to sneak out in a crowd. Anyhow, a single bold bird make the trek and sparked a debate about how many penguins it takes to form a parade. 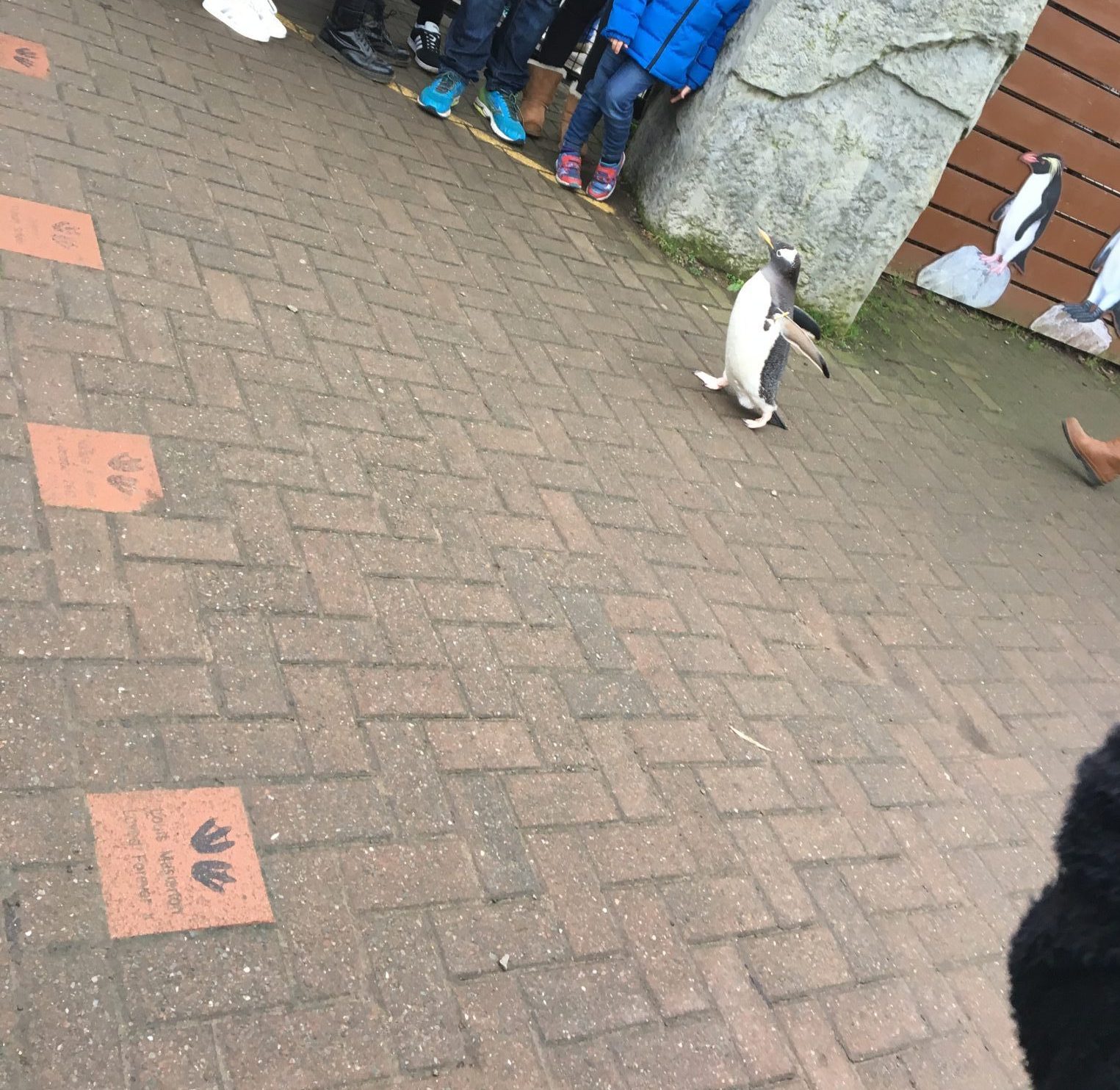 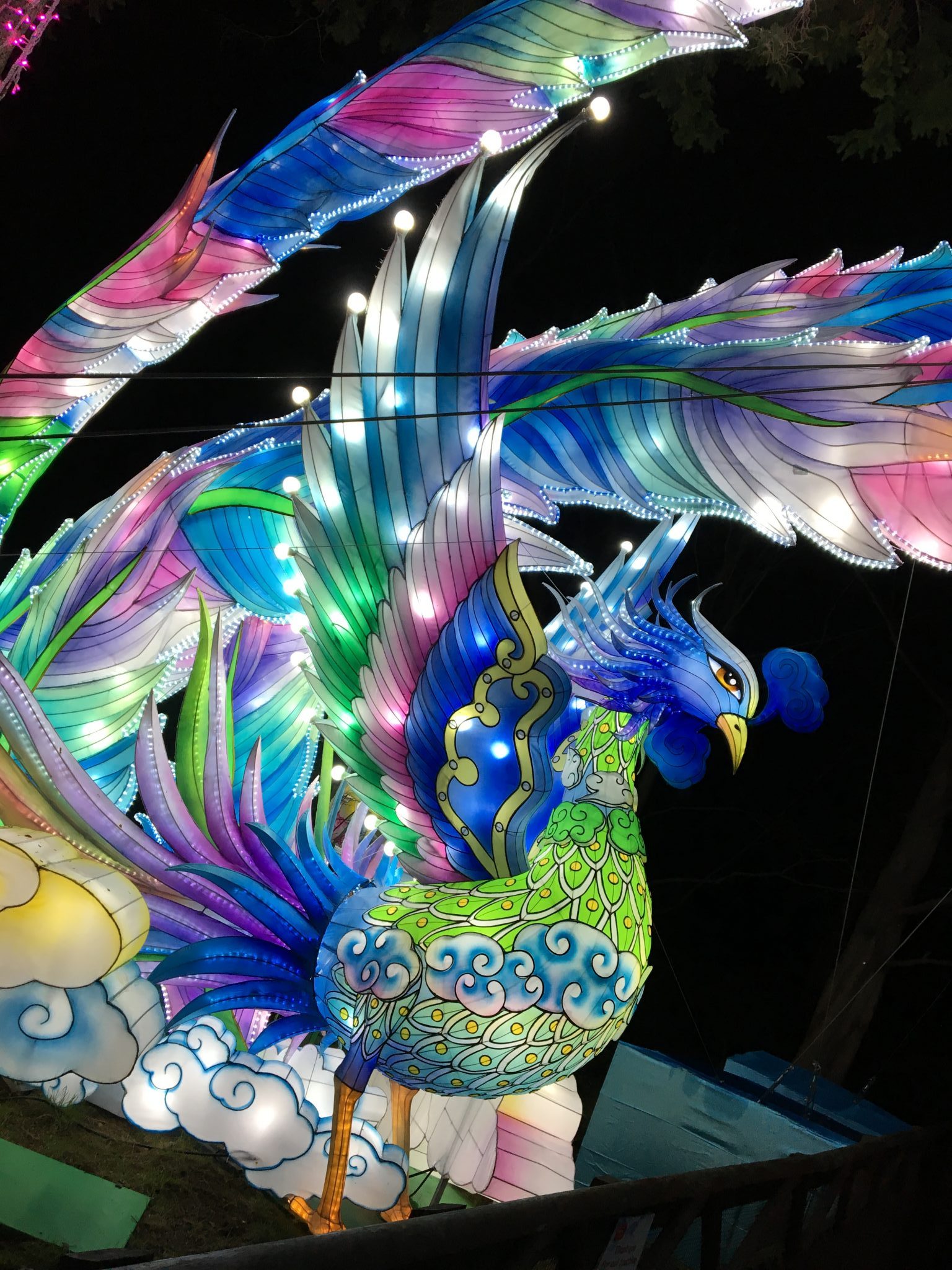 Later we were back for the Giant Lanterns of China and it was magical. Much better than the giant pandas of Edinburgh which, I’m starting to suspect, don’t actually exist. Instead the park was transformed into a glittering garden packed with all sorts of fabulous creatures. Including some haggi. 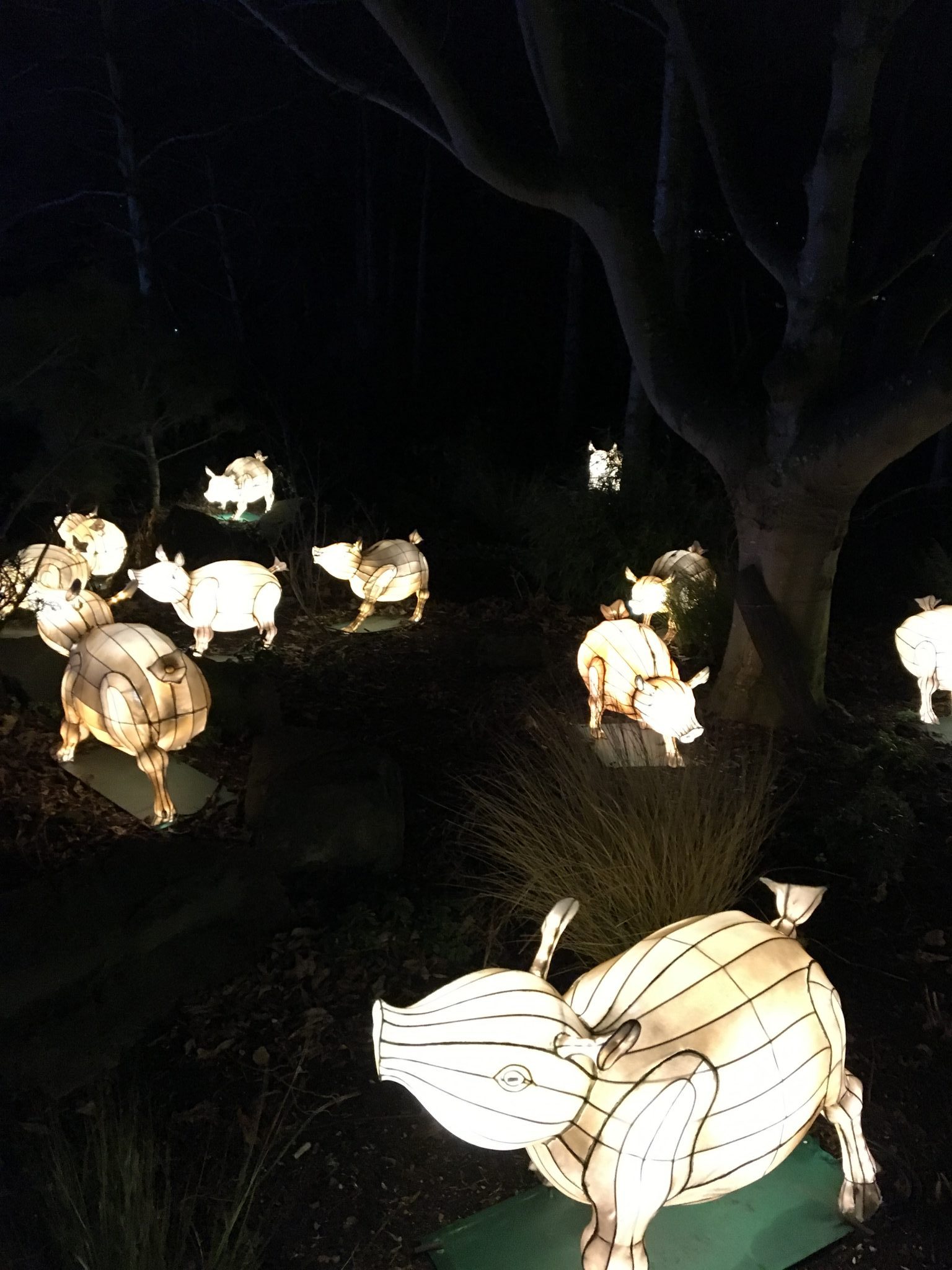 What is it about lovely lights that alters the mood? It’s amazing how different the place felt with the switching on of a few (thousand probably) well-placed bulbs (or strips or whatever). Is there a science all about this, because there should be. 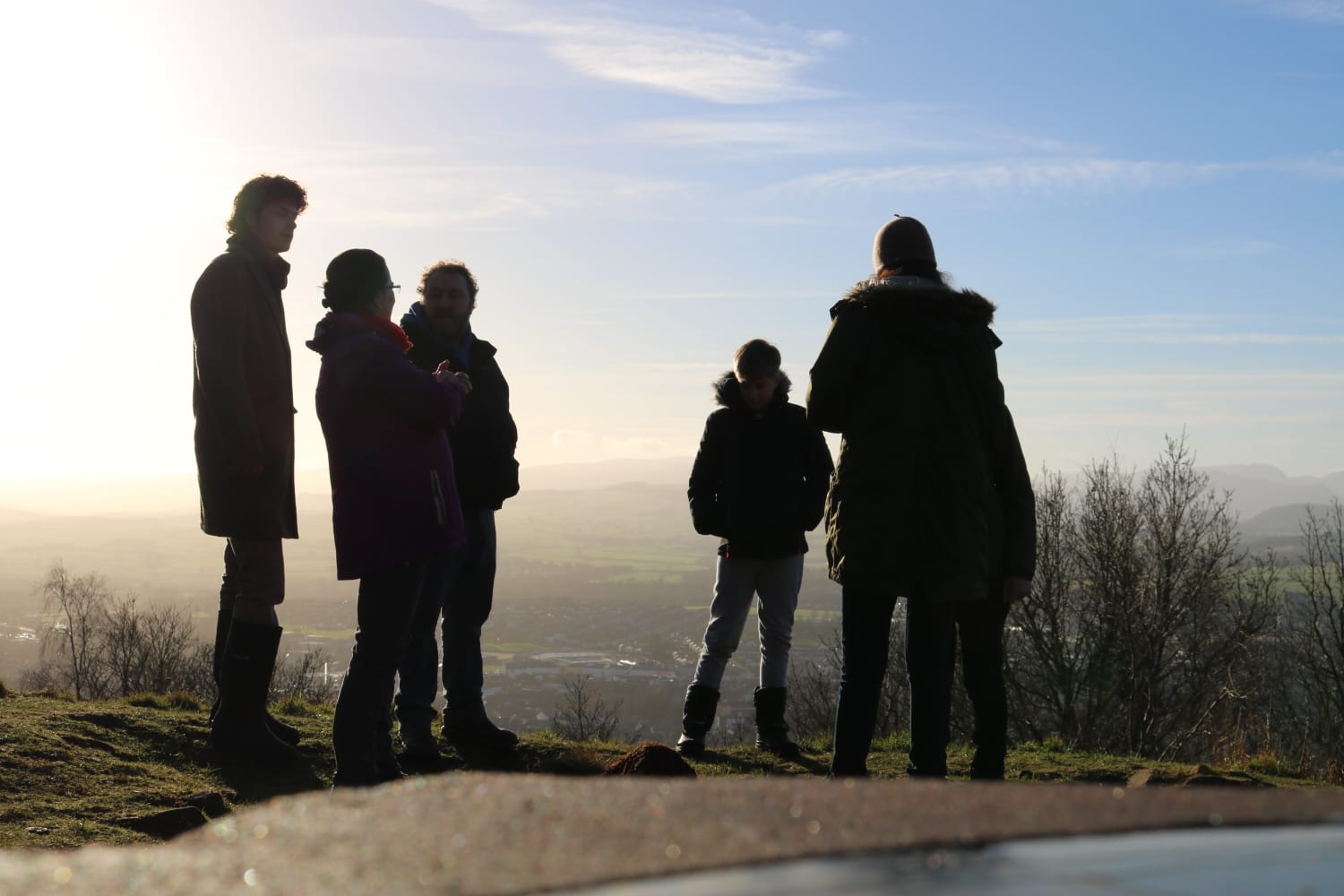 New Year brought the surprise gift of a very beautiful day in Cumbria. It’s a part of the world where there are plenty of ordinary days made nice by pretty scenery but this January 1st was different. It was that gob-smacking combination of finely filtered light and zinging fresh air leaves you feeling glad to be alive. We’d have plodded to the top of Beacon Hill anyway, but at least we felt glad of it while we were plodding, not just after, and none of the kids asked if we were nearly there. 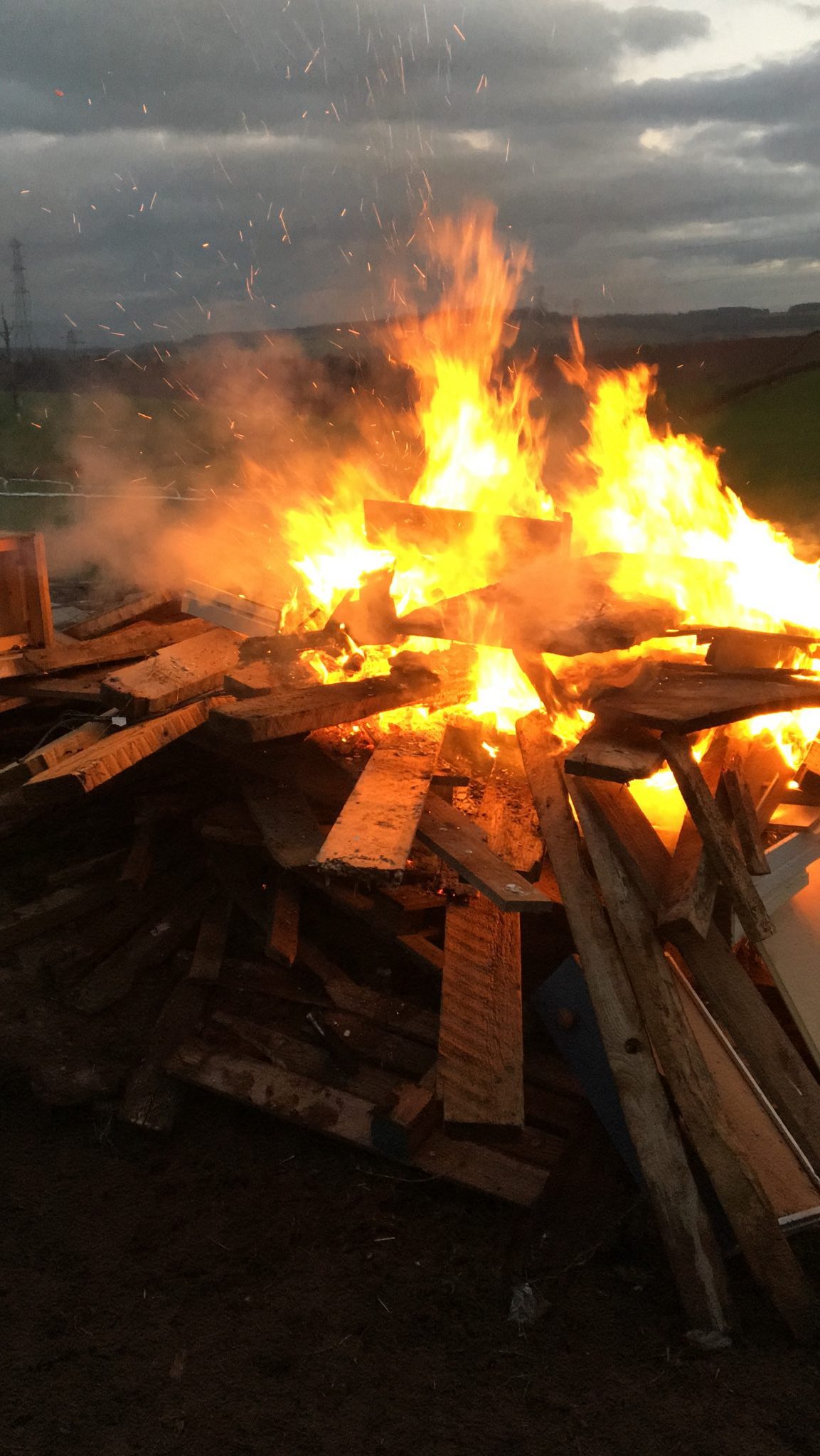 As it got dusky, we lit a fire. We’re quite good at that. And there were sparklers. 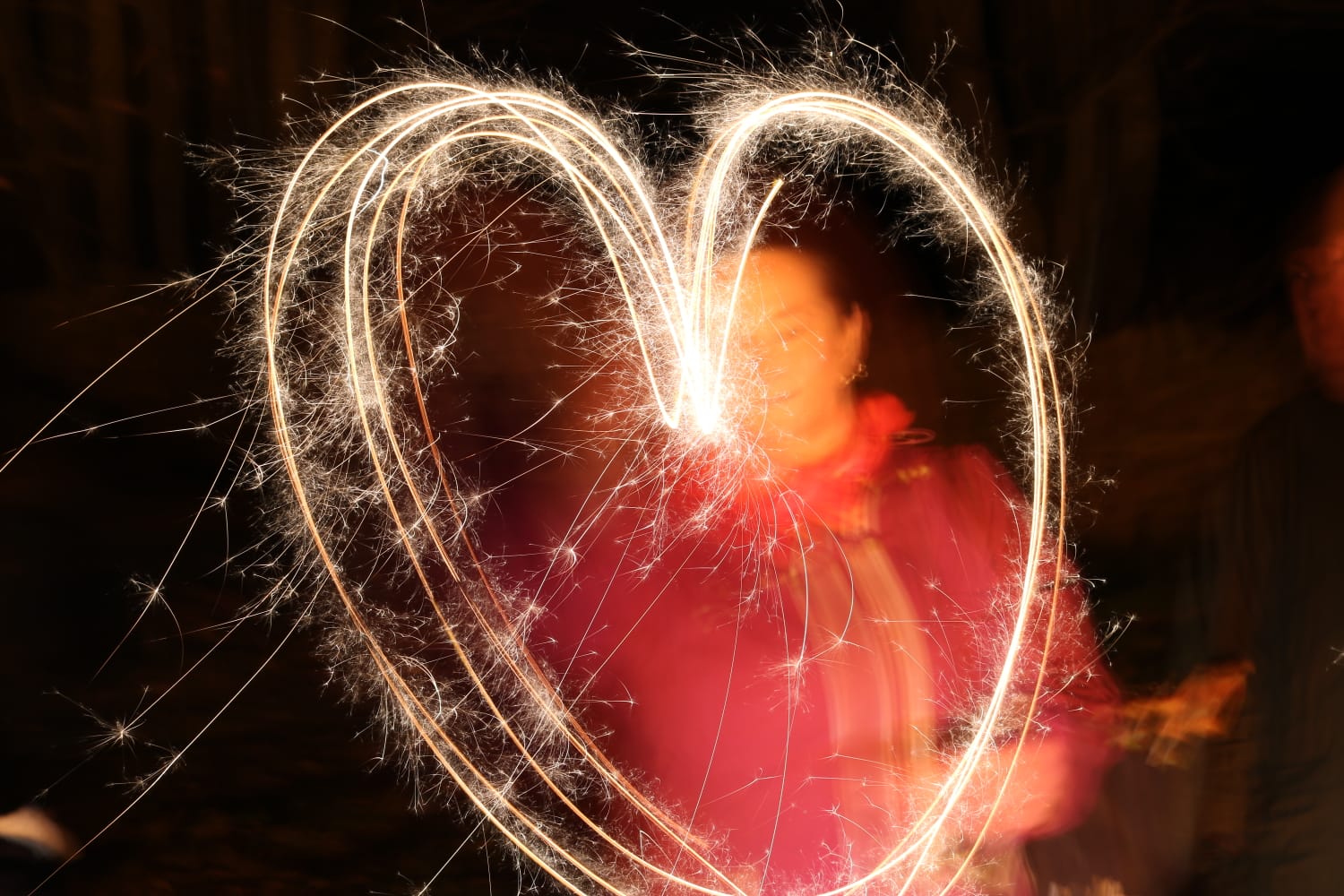 Boy Two got a fancy-pants new camera for Christmas and so we all made pictures with the long exposure. 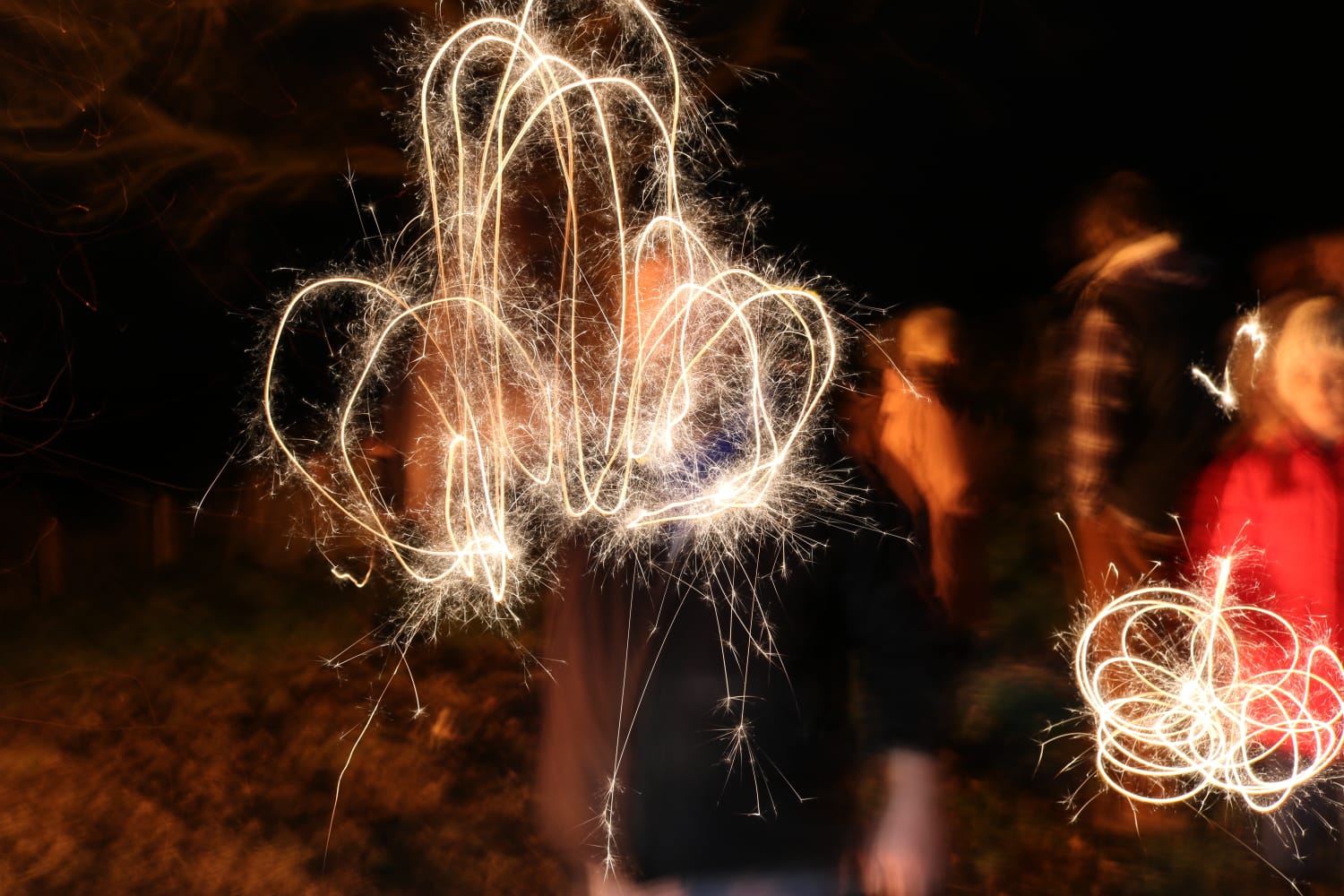 Anyhow, it’s all over now. Back to school. Off to the coal-face again. Nothing left of the festivities but spare tyres and the odd bauble that escaped the clean up. A ‘ho’ is once more just a useful word in Scrabble and, yesterday, I saw my first snow drop.

◄ Dispatches from the bunker of having it all – in the trendy food place
What do You Owe to Your Audience as a Blogger? ►