You are here: Home / children / The real horrors of Halloween

It’s become traditional that I rant about Christmas starting too soon – which it does – but have you noticed how Hallowe’en is doing the same. There’s a house along the road with a pumpkin on the step already – almost a fortnight too early. How ripe is that going to be by the big day?

To distract myself, I found this old post on the horrors of our annual fright fest.

Do you see any undead spirits around? No. Not even a timid spectre, a dribble of ectoplasm or a poltergeist’s bump. That’s either because you aren’t paying attention or because they simply don’t exist.

Either way, you are more likely to see lots of small slightly bewildered children being urged to ask strangers for sweets and slightly bigger children hunting in packs for bags of high-calorie loot.
All part of the fun though… Maybe. For me, the Hallowe’en horrors lay elsewhere.
The smell of pumpkin that’s peaked too soon. Honestly revolting – like the grave. It’s often a consequence of setting aside the previous weekend for a creative carving and family bonding time only to find your creation can’t survive a mild week in October.
What the sweetie glut drives grown women to (well this one anyway). Either it’s the frantic but covert hunt through the kids’ spoils for chocolate, or the shameful scoffing of low-rent candies until you feel sick, just because.
Nutritional nightmares. Your children dash in loaded down with loot and proceed to carefully remove all remotely healthy items such as apples and monkey nuts. Sigh.
Pumpkin envy. How (in the olden days, or the 1970s depending on how you look at it) we really did have to take what felt like weeks howking enough out of a turnip to make it into a lantern. And how now we have to tell our kids about it every year. And how they have to roll their eyes.
That costume makers think witches only want to look sexy. Applying enough self-knowledge about limited crafty creativity, I head to the shops for costumes. On the way I mutter “it doesn’t make me a bad mother, it doesn’t make me a bad mother” and ponder the pros and cons of actual witchcraft. If you’re female and old enough to do joined-up writing, the costume choice shifts from the slightly revolting cutesy variety to utterly nauseating tartiness. (By the way, asking for a friend, how would you go about learning to cast spells?) In addition, if you are interested in witchcraft classes, you might want to visit The Magickal Path for more information.
The festering sense of inadequacy. All the magazines, Pinterest, day-time telly and posters in the shops are full of instructions for tasty foodstuffs fashioned into the shape of eyeballs or resembling severed fingers. Then there are lots of ‘inspiring’ ideas for decorating your home, turning your pumpkin into a work of art that you can then eat. Inspired I am, but only to chuck the magazine in the bin and return as usual to my Hallowe’en plan of a few plastic spiders, some pumpkins with holes in them and bucket-loads of the nastiest sweeties I can find.
Happy Hallowe’en everyone. Spook to you soon, meantime here’s three-fifths of my horrible family. 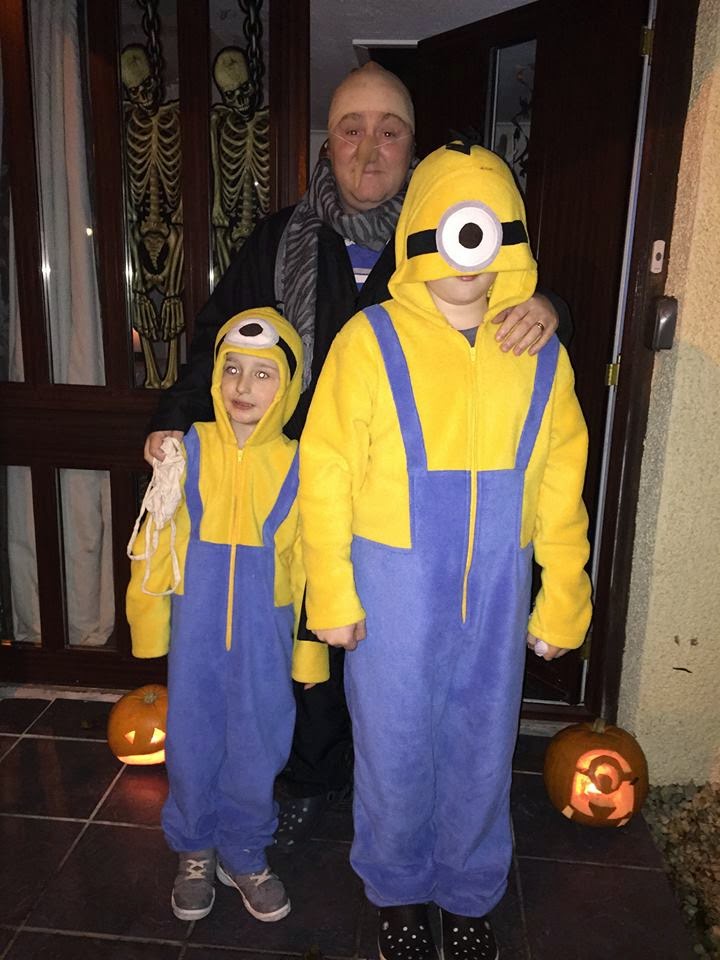 ◄ How Parents Can Save Money In Their Child’s Early Years
Chest hair: to baldly go… or not ►