Ignoring the wrath of the critics, yesterday everyone from the Palace of Bundance went to see Cats. Our local picture house has been tarted up and now has the most enormous reclining seats, so we’re happy for any excuse to stretch back and stuff our faces. My cinema snack of choice is the pretend cheese they serve hot in a cardboard box of nachos. The crisps are only there as a way to get the stuff into my mouth (though, now I think of it, I might take a spoon next time).

The film was hugely entertaining, which makes it worth the money. I’m not going to get snarky about plot (lack of), fur (inconsistent distribution), genitals (lack of), perspective (inconsistent distribution), or, even, why Judi Dench was dressed as the cowardly lion. Other proper filmy sorts have said it all, though it’s fascinating how strange people look with ears on top of their heads rather than in the usual place.

Instead, it got me thinking about pets. We generally teetered towards the canine side of the fence and that film might have just shoved us off. Though the dog-cat dichotomy hasn’t had much of a look in since our family pets arrived a little over a year ago.

Boy Three was given Queenie and Cheerio for Christmas last year and since then we’ve learned a thing or two:

Cavy poo has legs. As pet droppings go, piggie poop is fairly inoffensive – dry and largely un-smelly. The issue is that it has titchy little legs, so small you can’t see them. How else would you explain the fact that the tiny turds they appear in all sorts of unexpected places, a very long way from the animals’ bottoms.

Cute is a survival tactic. It’s pretty much all a guinea pig has going for it. It’s not fast, or good at hiding. It’s not ferocious or even particularly cunning. It stays alive because no self-respecting carnivore would consider something as fluffy and potato-shaped to be worth mustering a decent pounce for. Plus, people think they’re cute.

Life-expectancy is a worry. At first, the idea of a pet with a life expectancy in single figures seems like a benefit. No tedious pet-care after its owner has flown the next. But now Queenie and Cheerio have squeaked their way into everyone’s affection (everyone except Boy Two who claims himself immune) and I know eventually there will be heartbreak.

Guinea pigs are in league with suppliers of domestic machinery. There’s no escape, all the hay and sawdust will take its toll on washing machines, dryers and hoovers. Every filter will be stuffed with it within minutes of use.

People are easy to train. Some more than others. Q and C quickly got some members of the family round to their way of thinking. Now, a bit of a squeak and you can be sure there’s a pitter-patter of feet (most likely the Panthers, but sometimes Boy Three’s) rushing to get the beasties a tasty treat.

It’s hard to get a guinea pig selfie. 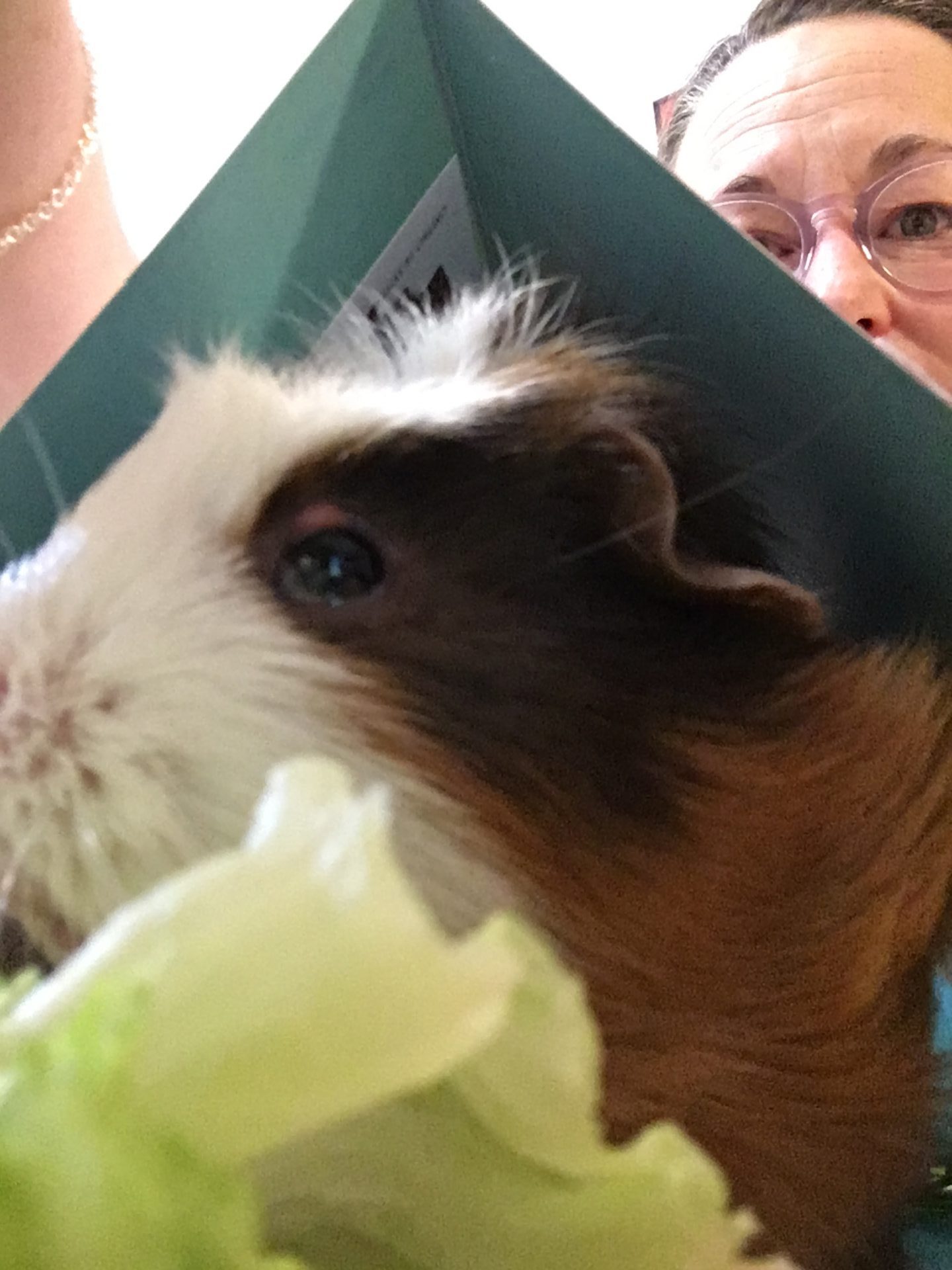