You are here: Home / boys / Lettuce take a moment to be grateful

I’m still plugging away at the gratitude thing – a list of 10 a day to transform your life, apparently. While transformation is, as yet, not forthcoming, it does feel quite nice to think about the good stuff for a few minutes. Though ten is quite a lot of things to be grateful for when the rain is lashing sideways and you’ve just stood in a puddle while collecting your child from Scout camp somewhat earlier than anticipated.

Here are the highlights from the gratitude list. (Highlights because I’m fairly sure is a limit to the number of times you want to hear me saying that I’m grateful for yoga/cheese/my favourite purple pen/mug/lipstick. (It’s less a favourite lipstick, more an enduring and passion for the only lipstick in my life – I had never found a lipstick I liked before and so when I did, I bought enough sticks (sounds odd like that, doesn’t it?) to be able to put one in each coat pocket and one in the car.

I’m grateful enough to have many identical lipsticks. (I won’t mention it again)

I’m grateful to McDonald’s for educating me about the square-cut lettuce. Boy Two has a part-time job under the golden arches and his time there (while lucrative) is also informative. We have learned much about the honed and efficient processes that keep the good people of Renfrewshire in Big Tasties. But I have to say that last night’s lettuce-based information flummoxed me at first. There are three different types of lettuce on in a McD’s kitchen at the moment, the first two are entirely predictable and forgettable (shredded iceberg only more dull), but the third isn’t. They have square-cut lettuce for one of the burgers. Yes, square-cut. Me neither. I was immediately saddened by this – not for the notion of putting leaves with right-angles into a round burger (though that was bad enough) but by worries over what happens to the bits from the outside – the not-square offcuts. It turns out, the whole lettuce is involved in the square cutting in a machine, like this: 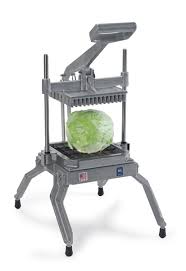 I’m grateful for the Scouting organisation. All three Boys have benefited in turn from being a Scout. This weekend was Boy Three’s turn. He headed off for a weekend of adventure that turned out to be slightly more adventurous than anticipated when strong winds forced middle-of-the-night tent evacuation. I’m also grateful he had a weekend he’ll never forget and learned how to cope in times of crisis (cups of tea and a dance-off with some other scouts).

I’m grateful for a raincoat. When you live in northern Britain, you do tend to find there’s a damp weather-related platitude for every occasion. So we set out in the liquid sunshine (no other kind was available) and I was very pleased to have the most appropriate of garments. 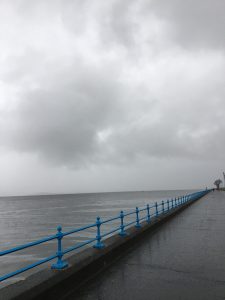 PS I’m also grateful that the mouse appears to have been only passing through.