You are here: Home / review / My Hotter Fit – a step closer to comfortable feet

Apparently more than 75% of us haven’t had our feet measured in the past 10 years – this is according to the people at Hotter. Frankly, I’m a bit surprised it’s even as many as that. After all, your feet are pretty constant, aren’t they? Hanging about in your shoes, the same side they were when you left school. Apparently not!

I suppose it makes sense. I don’t know about you but there’s not much of the rest of me that’s the same size it was when I left school… eyeballs mebbe. And, of course, Hotter has done something clever about it.

They have introduced – Hotter Footprint machines. Very like the measuring machines beloved of the shoe shops of my childhood (no idea why they bothered because there was only one style of shoe that ever fitted and it was horrible, this one is somewhat cleverer. 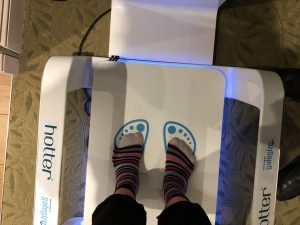 You put your feet in, it scans in 3D and then tells you which of Hotter’s styles will fit. Hurrah! It came as no surprise that my feet are short and fat and, actually, the size I thought they were. 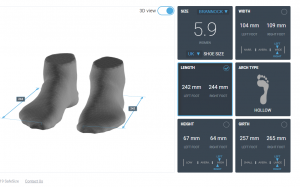 The suggestions were pretty good too. Of course, I didn’t trust them at first and insisted on trying on the ones I fancied, only to find they didn’t fit! 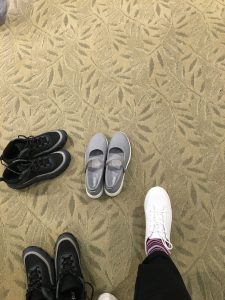 Those cute mary janes, yes them. They don’t fit my feet and the machine knew it. In the end, I chose a pair of Larks (suggested by the machine and adored by my feet). 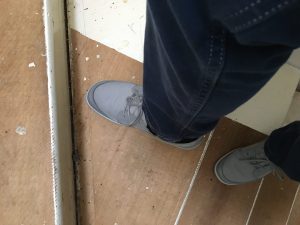 Or for a clearer view, with no fat feet inside… 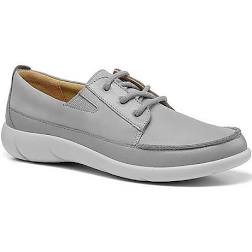 I like the fact that they’re a little like boat shoes and that they have a sneaky elastic insert, making them super comfy. I reckon that should summer ever arrive, I’ll wear them round the clock.

And because there’s always  more to learn the lessons from this particular outing to the shoe shop are:

Trust the measurements. Human judgment is tremendous but sometimes the machines know better.

Everything changes, even the things you think won’t. Not a new learning, but this time applies to feet. They change all your life – mine went up a size when I was pregnant, but I presumed they’d ping back later. Apparently not quite.

I went to get my feet measured at the Hotter shop in Glasgow, but you can find your nearest Hotter online.