You are here: Home / boys / Through a smart phone lens – more pictures

Right. You nailed it: I can’t be bothered to write a proper post right now. Instead you might be charmed and entertained (though probably not) by some of the stuff I’ve taken pictures of lately.

Today Boy Three and I cycled to Paisley and most of the way back again. On the plus side we spotted yarn bomber’s work, visited Gregg’s (don’t judge, it’s been a while) and had plenty to chat about. On the slightly less plus side Boy Three’s bike now needs to get its gears mended. 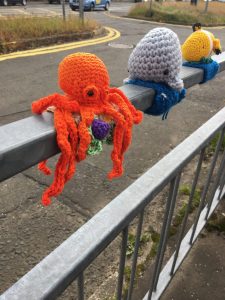 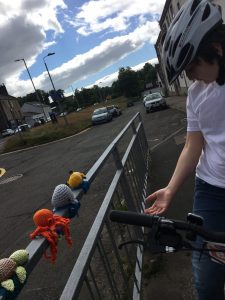 Saturday evening and it was, to coin a phrase, pishing down, but undeterred I went out and met some nature. Obviously the two fawns who stood and squeaked at me in the lane and the hoppy frogs wouldn’t stand still for a photo. The snails however…

My mother expressed horror when I confessed that I, at 53, had never made jam. So Boy Three and I fetched her a load of strawberries from East Yonderton Farm and settled in for a masterclass. 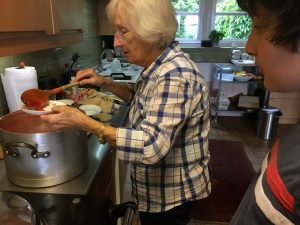 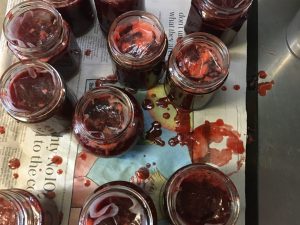 And, then, because things weren’t sticky enough we made jam turnovers. It turns out that they’re easy to make and very tasty so we took the idea and ran with it. Our turnover repertoire now includes peanut butter, Nutella and mozarella and tomato.. 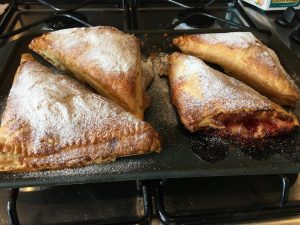 This is a picture Boy Three took of me and I quite liked it. 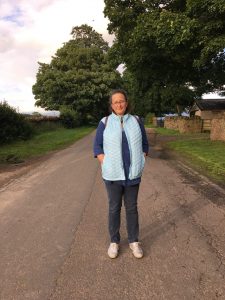 ◄ Social Distancing: Staying Connected with Far-Away Family
How Self Storage Can Help You Sell Up and Move House ►