You are here: Home / boys / When is a cow not a vegetarian?

When it’s eating its own afterbirth. Apparently they do this to protect the new-born from predators long enough for it to get on its own four wobbly feet. Clever nature.

A summer evening walk with a lovely friend was rendered unforgettable by the sight of a new-born calf and its mother. We stood fascinated while the cow efficiently consumed the amniotic sac and her own placenta. It turned out that nature at its most efficient is a noisy business. 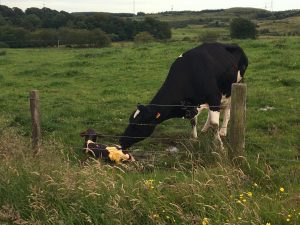 Actual street food, Sauchiehall Street food. Boy Three and I spent an afternoon doing a Treasure Trail around Glasgow. We learned some worthy stuff about the city, we learned that teenagers forced to socialise in parks while public loos remain shut can result in some less than lovely smells, and we learned what a treat it is to have someone else do the cooking. 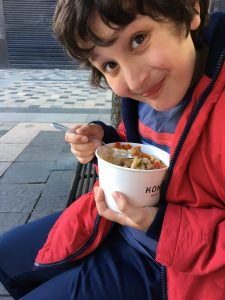 A night on the tiles. No, not a dramatic resurrection of my social life, instead a Scouting event and the tiles are the patio. The Great Indoors Weekender taught me a few things – camping is a brilliant way to recapture one’s youth because you get all the discomfort of a hangover without the inconvenient and expensive drinking. Still it was lovely to be out under the stars. 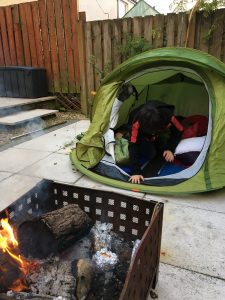 If you put too much brownie mixture in your orange you end up with chocolate lava. It’s not poo in that fire, it’s flowing chocolate batter. 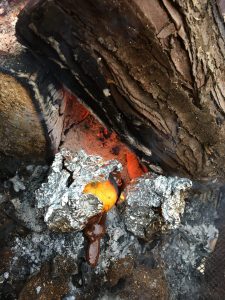 Look carefully and you’ll see a common blue damselfly. It looks like a blue flying matchstick and is, apparently, incredibly difficult to take a picture of. Still, we had fun trying. 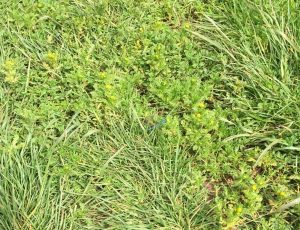 ◄ Procrastinating Your Way To A Blank Page
Grip ►