You are here: Home / boys / Diving into the past… 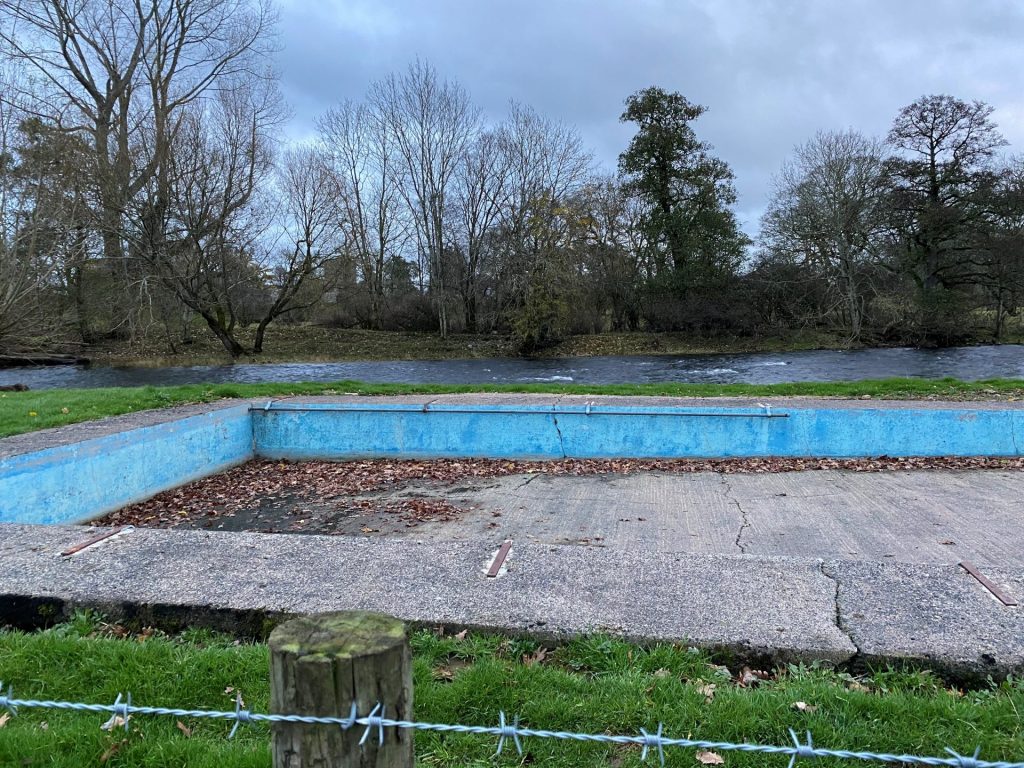 Oddly, when I don’t blog about things, it’s as if they didn’t really happen. It’s the old tree falling in the forest thing. If there’s no one to listen, what’s the point?

Boy Three and I are stuck at home. He’s isolating because a classroom assistant has tested positive. (Won’t it be marvelous one day when we don’t automatically know what testing is likely to be for?) The whole of Year 6 is off zooming through subjunctives and complex fractions.

We’ve decided (or I have and, for once, he’s agreed) that we need to do a daily walk for the good of our sanity. Today’s took us along the bank of the River Eamont from Brougham Castle to Eamont Bridge and back by Brougham Hall.

Boy Three had listened to my tales of learning to swim in the river patiently enough, but he had that look about him. You know – the one that says: “Yes, mum. Whatever. Of course, that’s what happened in the olden days.”

Then today we saw the old paddling pool. That and the beached steps and diving board are all that’s left of Penrith Swimming Club. But, at least, now he believes that you learned to swim quickly because the alternative was wading through weeds and fish. Though he’s still not quite convinced about salt ‘n’ shake crisps and dandelion and burdock pop.