You are here: Home / things I learned from my children today / Things I think about ‘best before’ dates

Shops have a vague idea when the produce will be past it, then they subtract about a week and call it the ‘best before’ date. It seems pretty unscientific for fresh things and almost entirely meaningless for canned food. Especially so for water or salt – which don’t, as far as I know, go off. So why bother?

Of course, it’s so we chuck out perfectly perky veggies in order to buy new ones… from the shop that put the date on in the first place. Obviously.

And, in any case, I know when food is manky. It tells you with its slimy, stinkiness – the thing that makes you go ‘ew’ and chuck it away. Anything that’s not a pop or booze that fizzes should be avoided. Ditto anything but peaches that are furry, cheesy things that aren’t cheese, and all stinkers (apart from anchovies, blue cheese and marmite). See – there you are. It’s easy.

On the other hand, my conscience can put its feet up when we hit BBD and the throwing away can commence. Before then the food must take cupboard space ‘just in case’. In case what, I have no idea.

‘In case’ mostly happened in the middle of an ocean, many nautical miles from a 24-hour garage. And, even then, I was still a long way from hungry. Otherwise there were unexpected guests (remember them?) or culinary calamities requiring an 11th hour menu revision and a can opener, but, even then, precious few.

And movie heroes save many a post-apocalyptic day with a tin from the end-of-days stock pile – opened and eaten with a knife, obvs. Which just goes to show that we might be a way off the final countdown when I resisted the pull of the treasure I unearthed this week either with a dagger or any other tool. 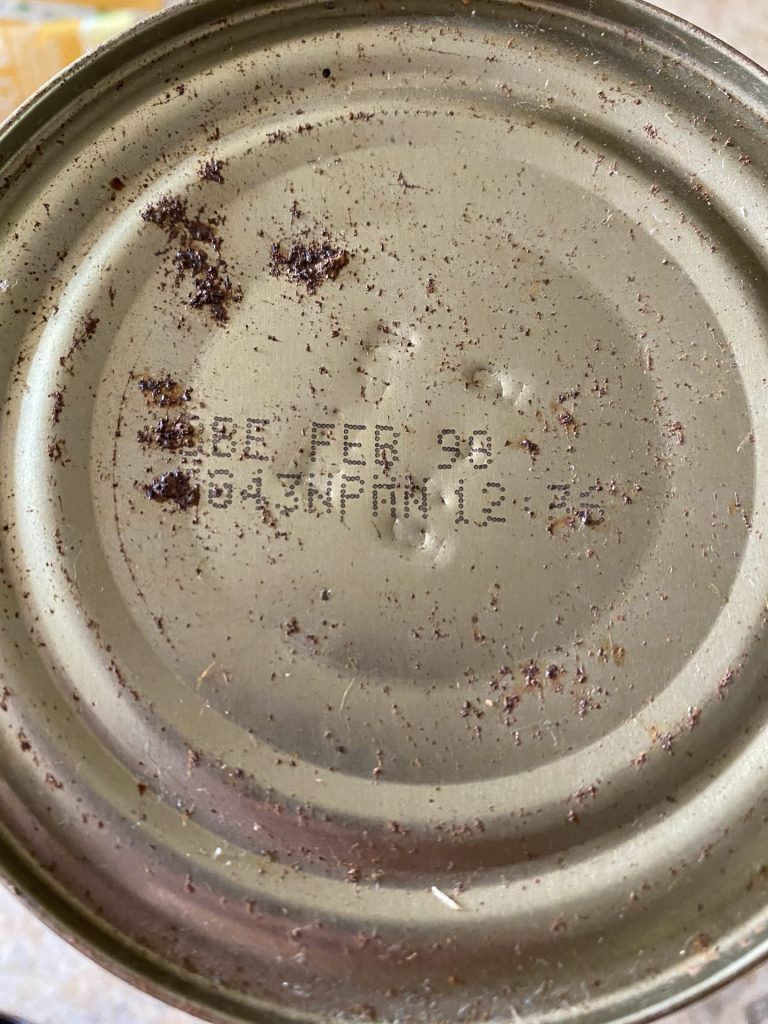 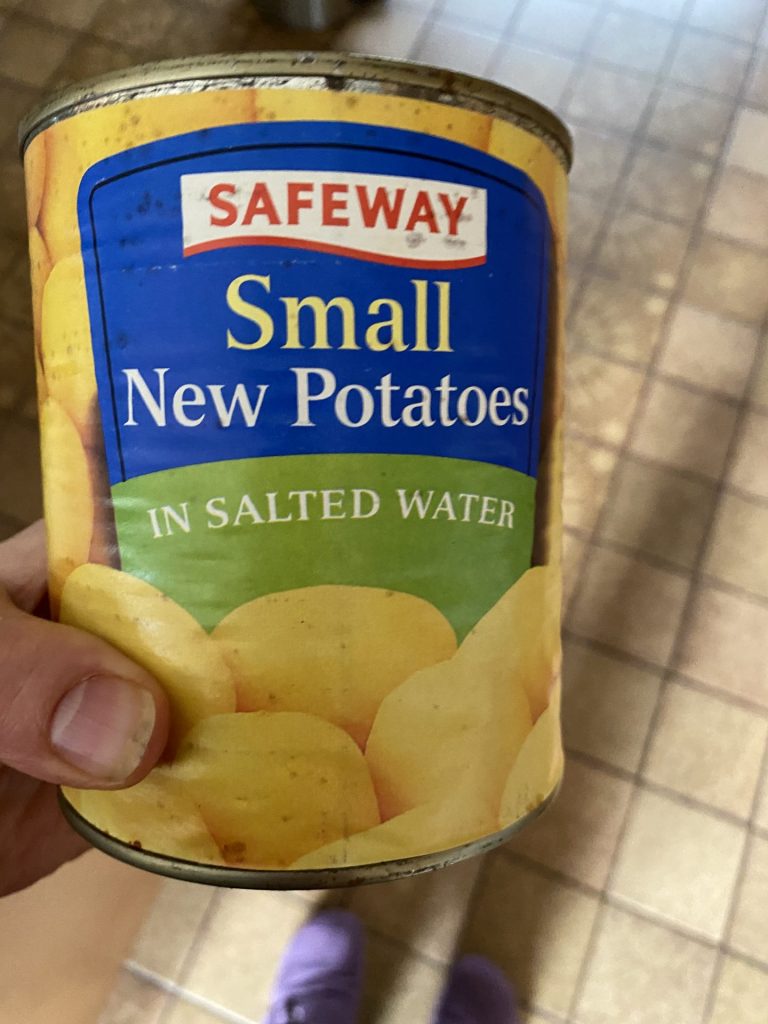