You are here: Home / other things I have learned / Postcards from Christmas in Norway 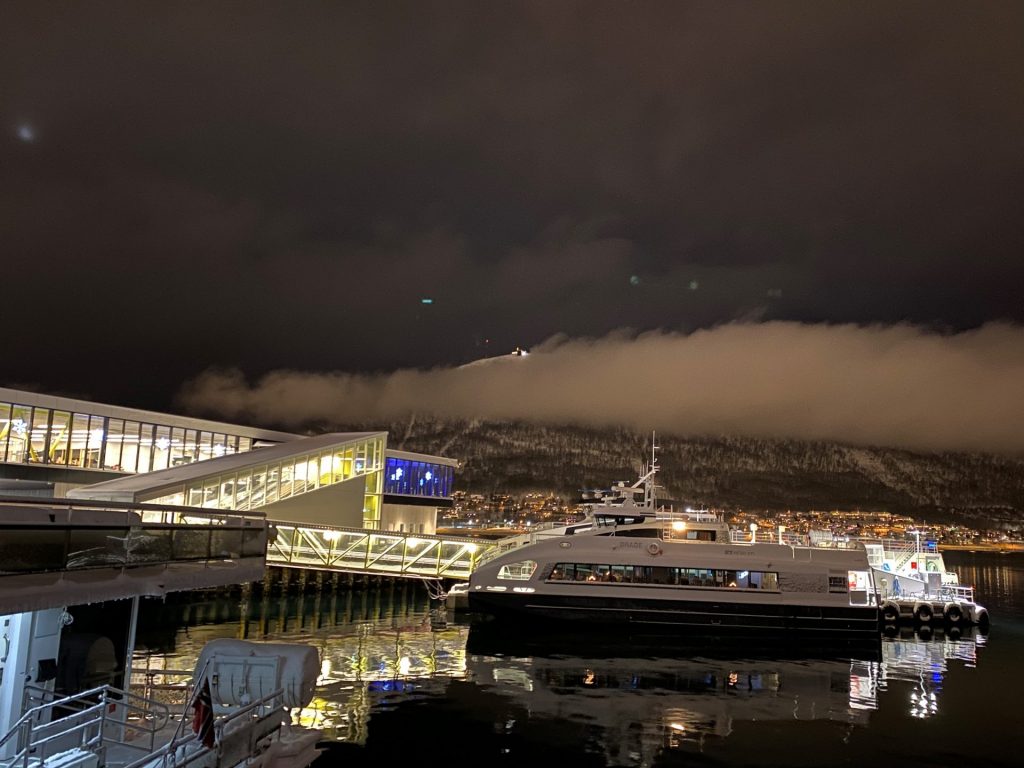 Airport anxiety. There’s a line of people, shuffling and peering forward. Is it the right queue? Where should I be? What’s happening? Bladders are full, bellies are empty, smokers need nicotine and children whinge. Not just children. We like our plans to unroll exactly as we, well, planned them. So then, why are we in a strange building, in a strange country, doing as we are told and weaving along the barrier path? Taking our turns?

15, that’s getting tight but we can still do it.

Important work. I drive the machine that takes the ice off the wings of the planes that leave this northerly place, often going further north. Every day it’s cold, and then there’s ice and rain and snow. We don’t make a fuss about it, there’s no point. I put on my boots and my coat. I need gloves too so my hands don’t stick to the rail while I climb up steep to my cab. I can smell the antifreeze that blasts the wings, billowing clouds of steam so I can’t see the passengers through tiny windows. They stop looking at me. Do they know that if I wasn’t here, they wouldn’t get to their destinations? 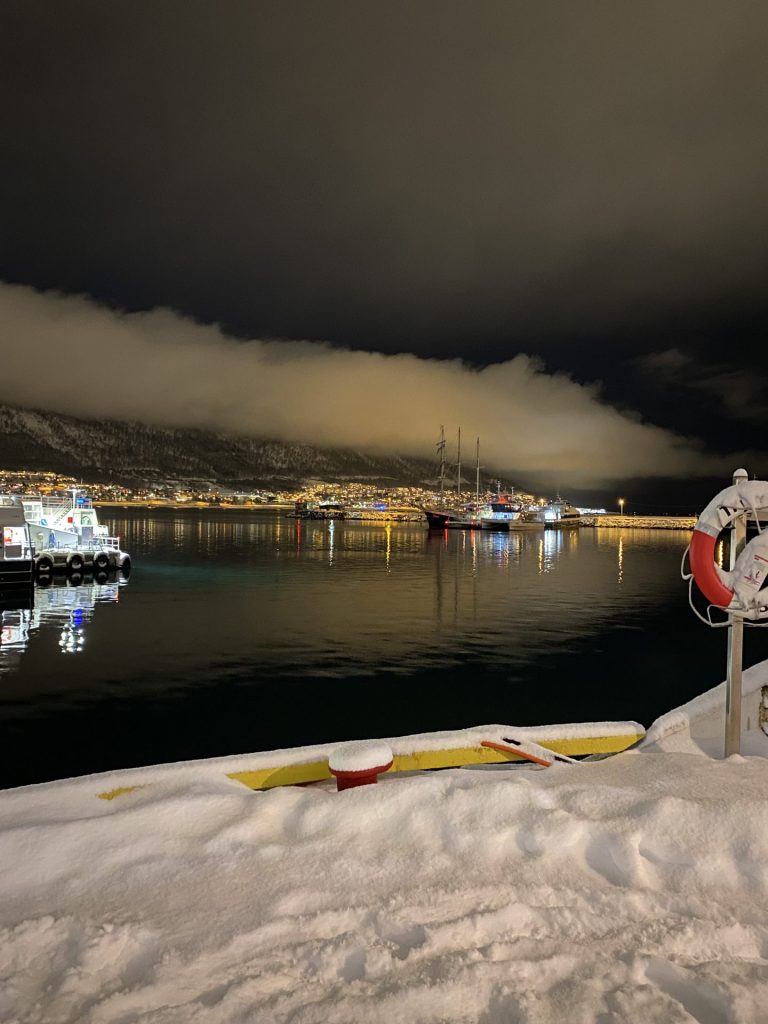 Will power. A well-dressed woman tells you that the exit might be behind you and that if something horrible happens you should leave your handbag behind. You’ve heard it all before. Does it matter if an emergency blasts it from your memory? Instead, the aeronautical pantomime might be more to do with convincing enough people of the impossible. A giant, bloated lump of metal and plastic is going to get off this chilly tarmac and zoom through the sky while its occupants choose between tea and coffee. And, more audacious yet, the occupants will arrive safely in the place they intended. 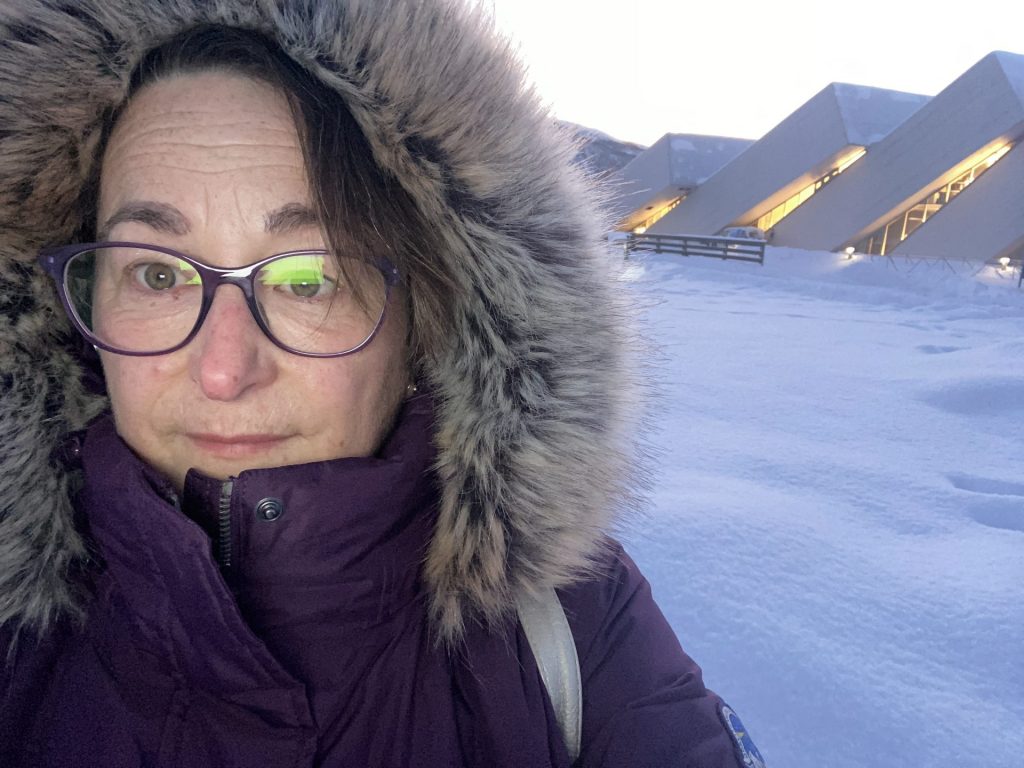 Man. I can hear you in the queue, family man. On your own here, family man. Working in London, you say. I can hear you in the plane, happy family man. You’re talking at your neighbour, all the way. I can still hear you. You’re telling him about the girlfriends you have because, well, men have needs. Family man, you’re speaking about how it doesn’t matter to women – your wife, perhaps. She’s happy, you say, on the other side of the world while you talk and talk to this stranger. 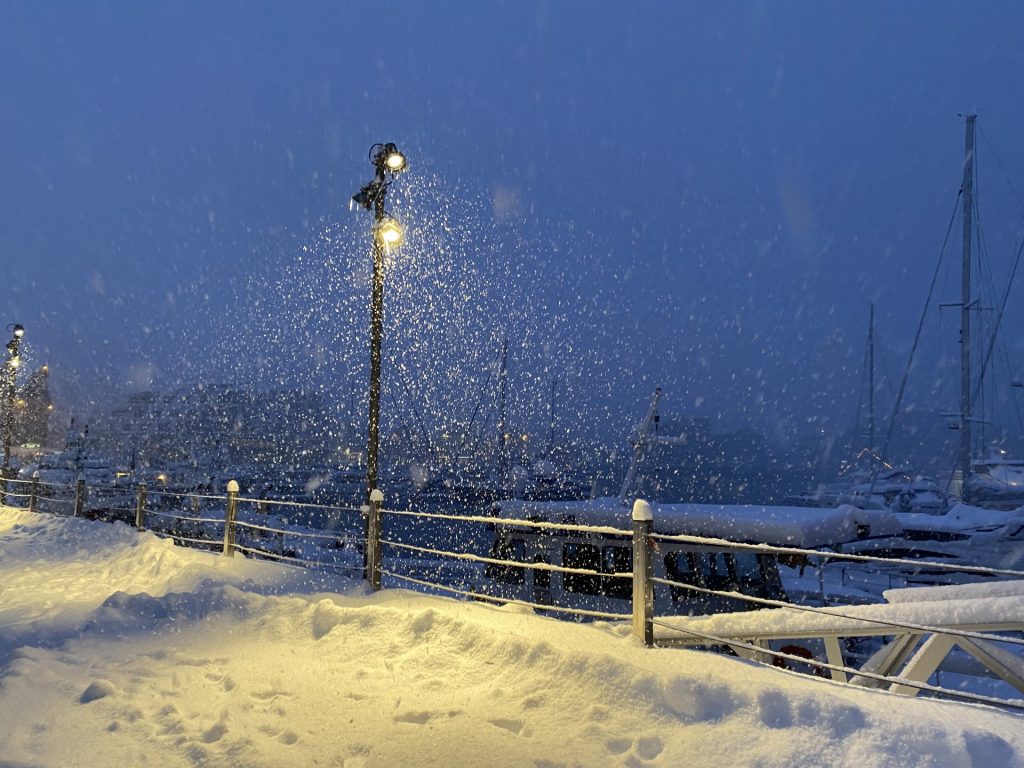 Snow. Muffling, fluffling, deep as knees. So sweet and gentle, ambling slowly to the road, the pavement and my head. It’s quiet like under the blanket, like the silence that ricochets in your ears after the gun goes off. Or a library where newcomers whisper, reluctant to bulldoze their way into the peace. What they don’t know is that the quiet entangles, like snowdrifts, clinging on to ankles and stalling the onward rush. 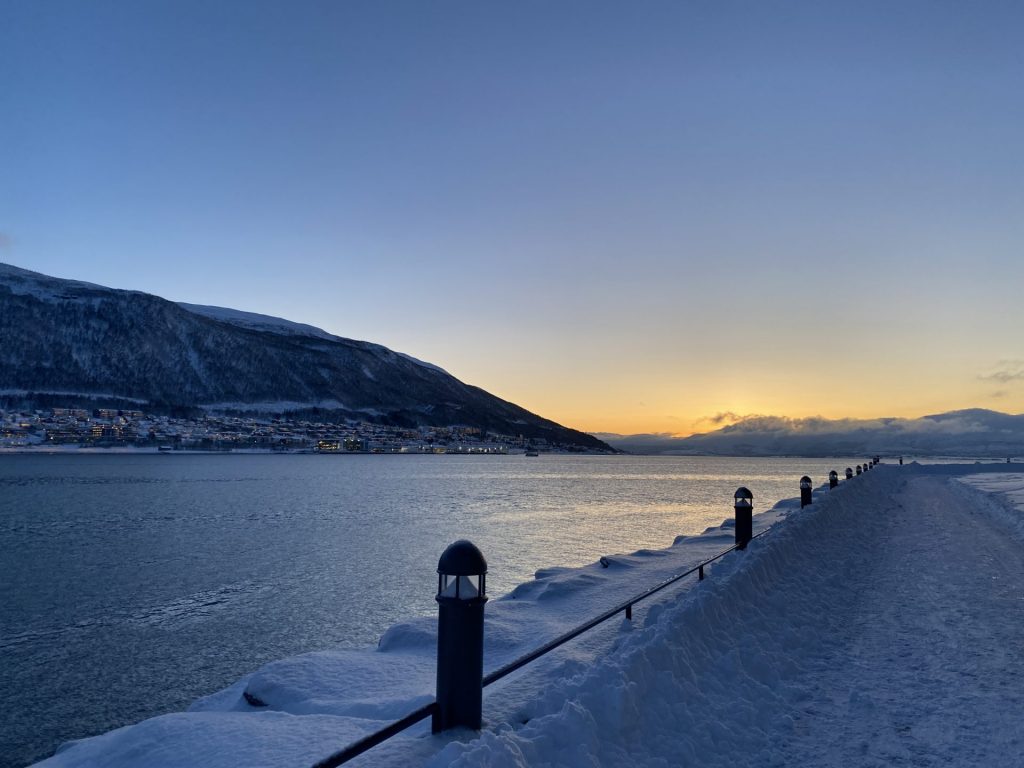 Alone. Did you need to come this far to find the space to stir your thoughts? A whim: to travel to the Arctic Circle to find the things you can see in the dark, if you know where to look. You need to be somewhere for these days, you rationalised. This, while extreme, is as good as anywhere. So, you go north. But the cold and the dark don’t worry you, you’re ready. Prepared with sensible clothing, a map and a plan.

Alone with no one to see, is easier. Much easier than running the race alongside all the others, then the standards you set are simply not set at all. 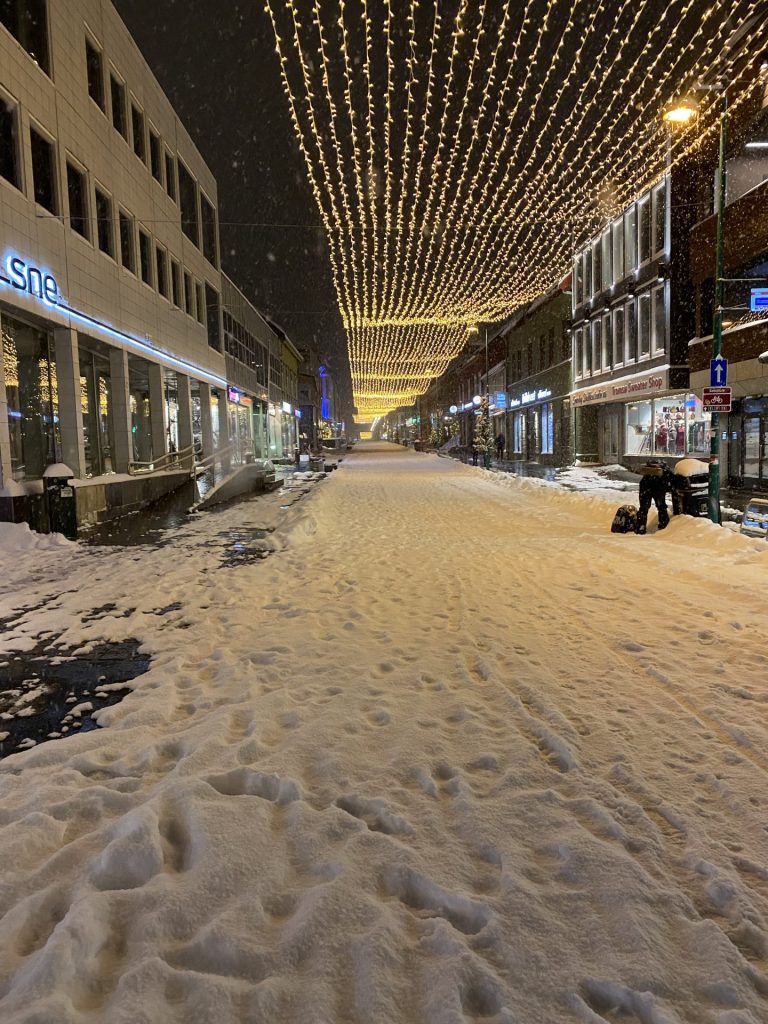 Wanny Wolstad. Outdoorswoman 1893 – 1959. History has her as the first female trapper, shooter of polar bears and killer of foxes. Blazing a trail. At 5ft 2ins, they said she couldn’t hack it. Surviving dark, solitary winters with only dogs for company. History likes to note that she brought tablecloths and gingham curtains to her hut. But, by then, she had survived two husbands (one died of Spanish flu), brought up two sons, driven taxis and won prizes for shooting. She knew she could hack it. Later, she gave lectures and wrote a book. She died after being hit by a truck. 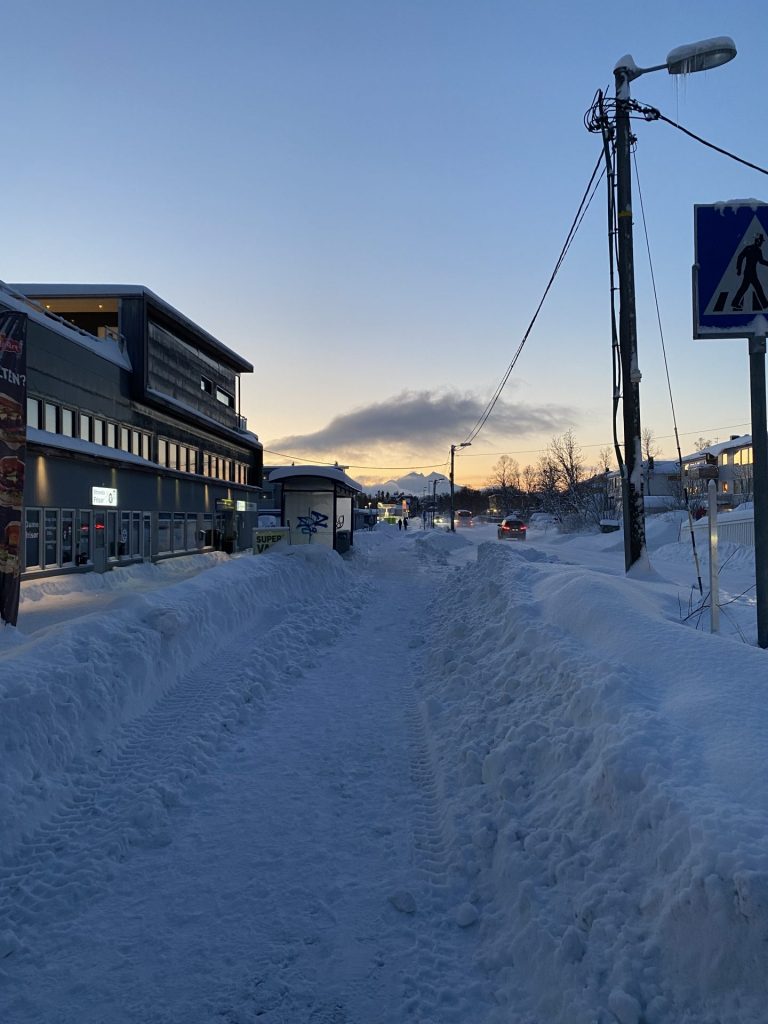 Music. A song, on the TV, in a shop, in a passing car, is like a key. A tiny part of it slides into the hole and turns the tumblers you didn’t know existed. And, in a key change, before you noticed, a door has creaked ajar and all the piled-up mess has tumbled out. Emotional and sore. Some of them hijack you, delivering you a mothballed memory, while others are subterranian, sticking their harmonies into unhealed scar tissue. 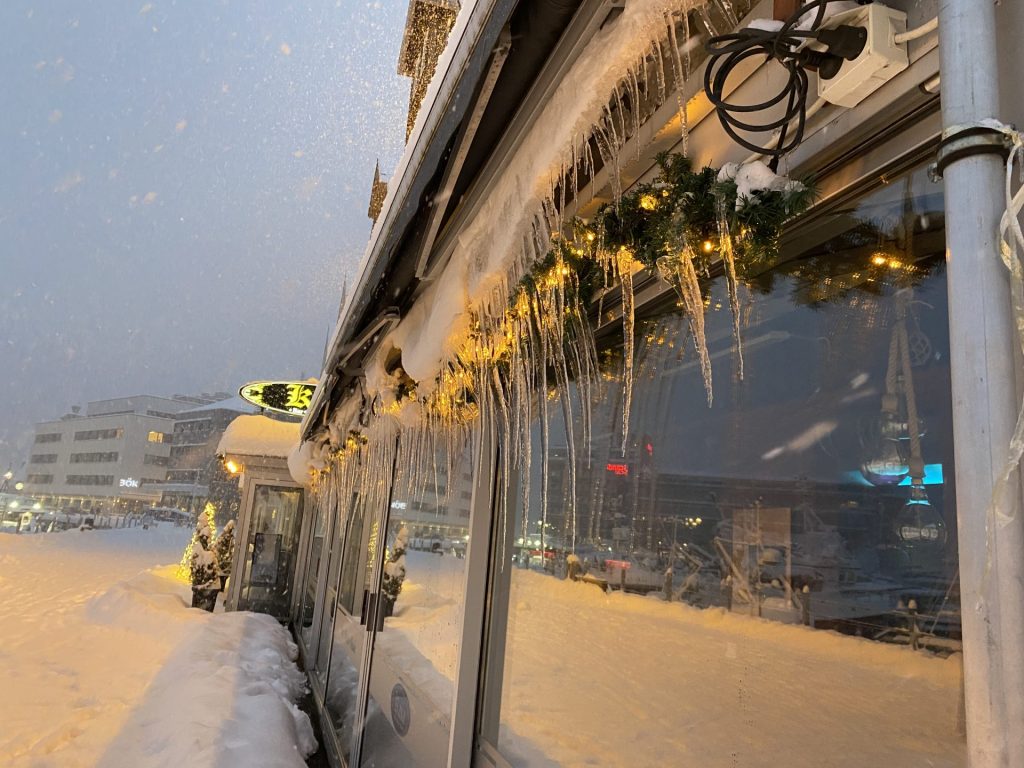 Nature. It doesn’t matter what you know, where you go, or what you want: nature doesn’t care. Sometimes, bountifully, she will beam, just when you need her to. And you will think, how nice, it’s just what I deserve. But really nature is suiting herself. It doesn’t matter to her that you needed to reap your harvest, ski your piste, party in your garden. Or see your lights. Prepare all you like, there is no negotiation with nature.

Focus. When you look at something long enough, it will change. Your eyes adjust, accustomed to the effort and absorbing the familiar. Looking up, the dark sky is framed by snow sagging branches and occasional tumbling flumps. There’s nothing up there, just shadow. Oh! A star in the dark and, see there, now the moon. But clouds, lumpy speeding clouds, obscure and reveal. Black sky, darkest blue, palest at the edges. But blink and it’s green. Lightest pink in the cloud. Then orange drifts in headlight flare. Back to black.

Miscellany. A toddler on a sledge pulled by a dog; climbing a mountain of snowscrape to cross the road; reindeer on the menu; the Dark Time; you can only live here if you know how; fur coats; ice around the boats; take your spikes off at the door; trolls; icicles bigger than me; banning alcohol creates a social distance; clear the snow, clear the snow; a flame in a jar outside my door; next week it will be raining!; 42 words for snow; Welcome to Norway.

Christmas cheer. Do I miss them, the family, on this of all days? Nope. They’re happy, well fed and satisfied by their gifts. And I’ll be back soon. I’m content on my own here, with this room, the views, the autonomy, and the silence. At home, it’s not the gifts that they love and the meals that they eat that bother me, because they do, it’s the rest. The well-chosen presents they politely put into a cupboard and never touch again make me ache, and I cry for the food thrown out in the end. Misdirected, well-meaning excess. If only enough was really enough. 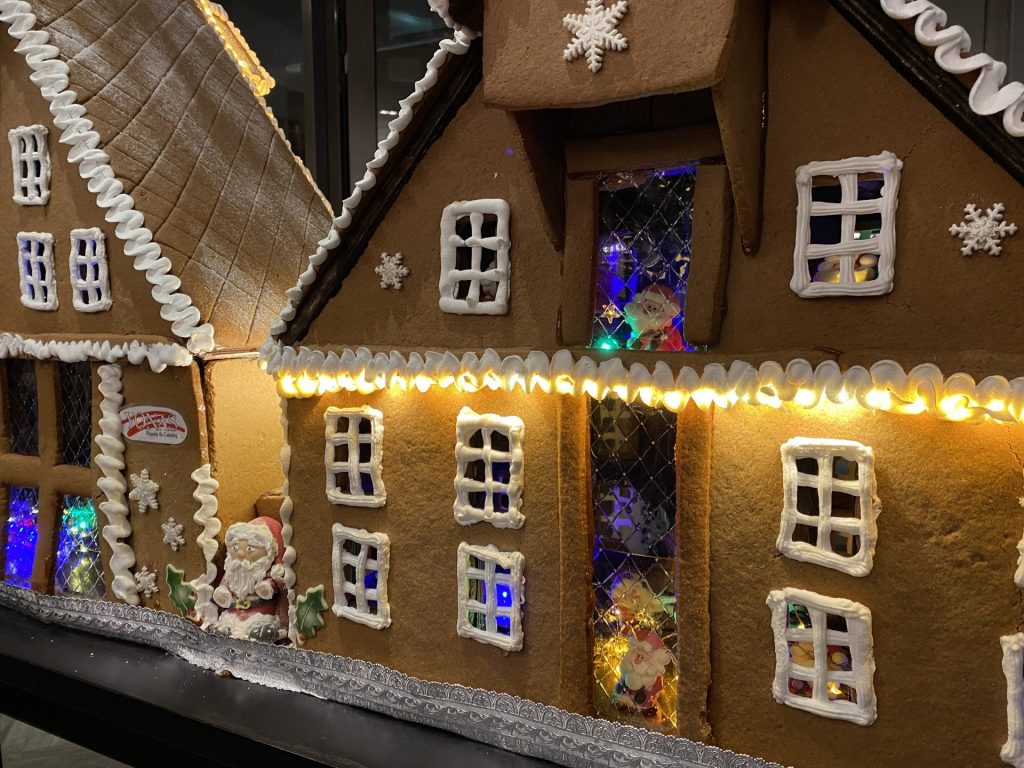 Strangers. I see them. There are others, out here in the cold. I see them far away from hot, tree-lit family huddles, like me. When we talk, there’s connection although we never say ‘why are you here?’ Instead, we learn about each other. Tell me of your life, your university and all your brothers. What do they do? Sit next to me and spill the secrets. Shy hopes and shameful truths. My heart has space and tomorrow we’ll be gone. 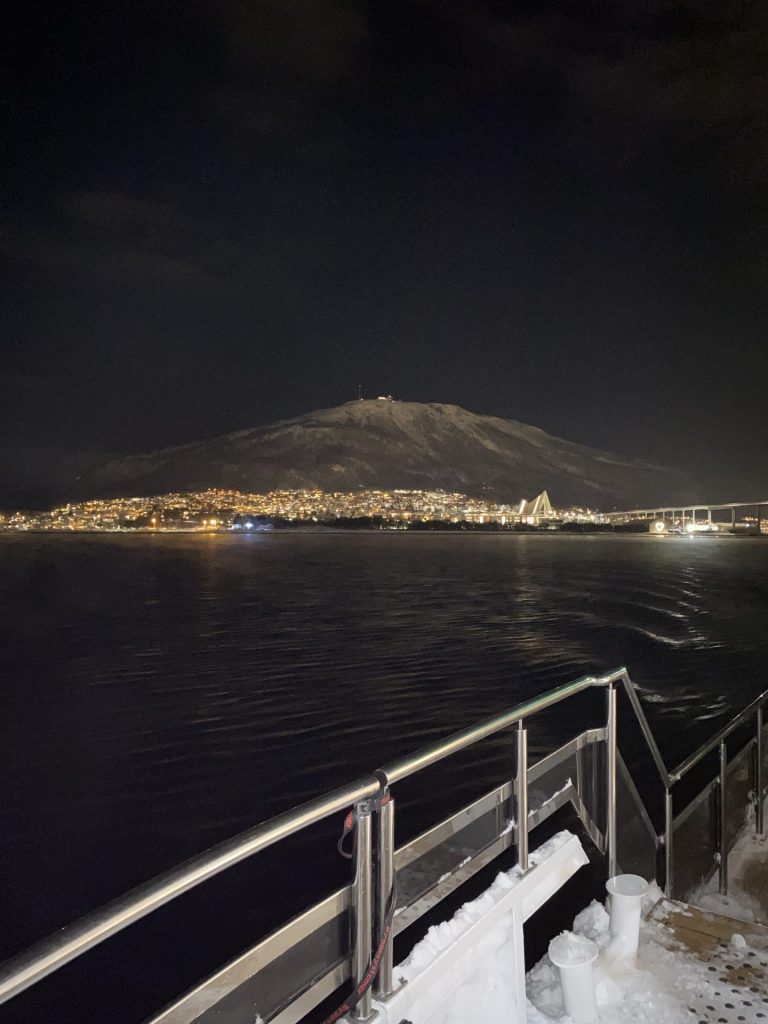 Cold. Like fire, the chill will eat the unwary. Up here, it doesn’t wait very long before getting its teeth into human flesh. If you’re foolish enough to fumble with your gloves or forget your scarf, it will pounce. Are we so badly made that we need are soft, naked fingers to work our clever toys? 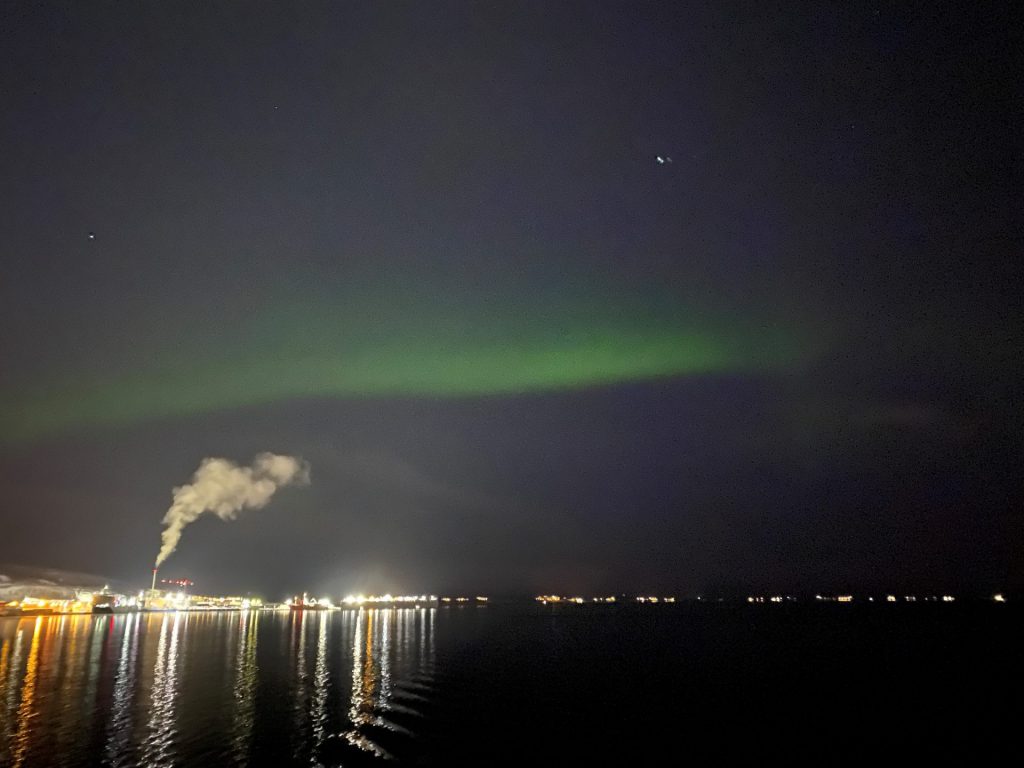 Aurora. Stage set with 70 degrees north skies. High pressure. 15 different degrees below zero. Orion’s belt so low, his pants dip out of sight. An indolent cloud crosses the sky, insinuating itself in front of Ursa Major. Grey: nothing. But look again, and the colours play. Building greens and pinks and the palest of yellows. Transfixing. Silent. Solar wind in the land of the invisible sun. This is it. At last. Bravo. Sigh. Then disconcertingly, there’s nothing to see, but stars and planets and the blue-black forever. 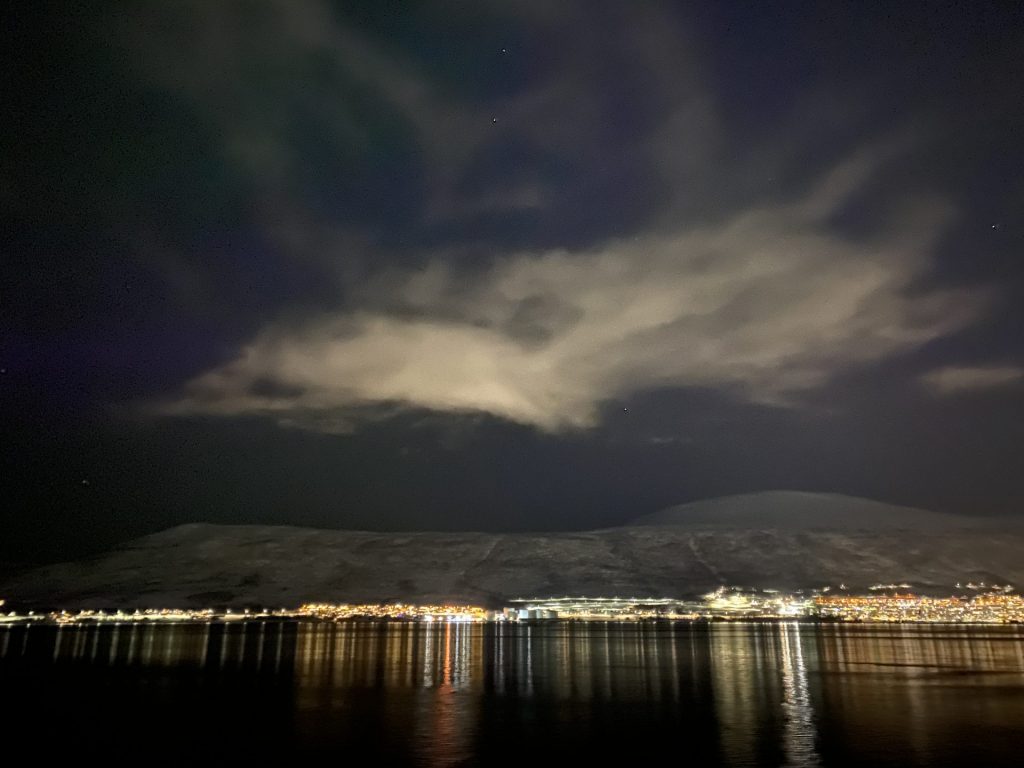